Chinese tourists break into eco park, strip it of all its lotus flowers

BEIJING (ANN): The Longqiao Cultural and Ecological Park in Sichuan, China, was due to reopen soon, but is now forced to stay closed for the remainder of the year after Chinese tourists picked all of its lotus flowers.

The eco park is famous for its fields of lotus flowers that span about 250,000 square meters, as per South China Morning Post on July 2.

It was set to reopen after having been closed since late March for watercourse construction.

According to the park’s managers, hundreds of Chinese tourists have been breaking into the park to take the flowers since summer blossom season began in June. The park saw no more point in reopening to the public after the tourists have stripped the fields of virtually all of its lotus flowers.

“We cannot control the tourists.

We can just guarantee we’ve done our job well,” Zhou, a member of staff, was quoted as saying. 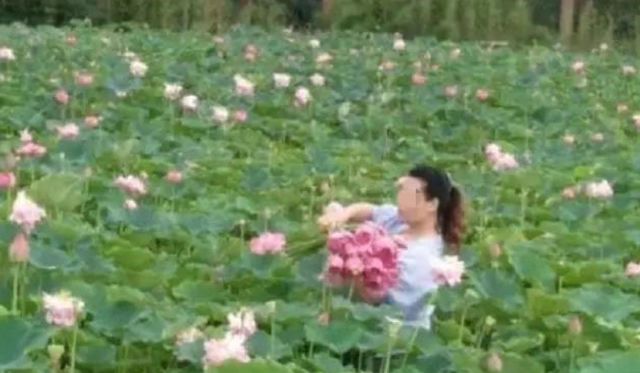 “We’ve put notes on the park gate and near the flower field and we have security personnel on patrol as well.”

It is estimated that around 200 to 300 people a day are believed to be breaking into the eco park, as per the report, with some even climbing high fences just to get to the lotus flowers. - Philippines Daily Inquirer/Asia News Network