Statistics from the second series of Op Soga, held between Nov 29 and Dec 8 showed that 260 new arrests were recorded in that time period.

A total of 219 raids were conducted nationwide in the same timeframe as well.

"All arrested are bookies or punters and they have been remanded for further investigations," said police secretary Deputy Comm Datuk Norsiah Mohd Saaduddin in a statement on Friday (Dec 9).

Among the items seized included RM417,613 in cash monies and around RM10mill in online credits.

Twenty computers, 11 laptops and 496 phones were also seized during raids.

"Between Nov 19 and Dec 8, police have increased the rate of raids and arrests. A total of 348 investigation papers have been opened and 289 of those are still being investigated.

"Fifty-two investigation papers have led to successful charges in court." 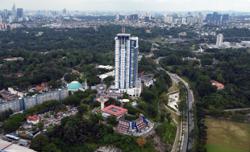