PETALING JAYA: Three members from the cabinet under the previous government are likely to be called in by the Malaysian Anti-Commission (MACC) over allegations of misappropriation involving RM600bil.

This came following an announcement by the MACC chief commissioner Tan Sri Azam Baki on Tuesday (Dec 6) that the commission had opened an investigation into the allegations.

However, it was not known when the three men would be called in to have their statements recorded.

Tengku Zafrul is now the International Trade and Industry Minister.

Muhyiddin, who was also Perikatan Nasional chairman, had since said that he never embezzled or misused funds meant to help the people and that if he did, investigations would have started a long time ago. 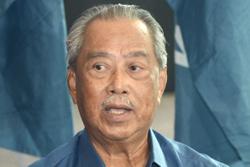