PETALING JAYA: Malaysia's new ministerial lineup which was unveiled on Dec 2 marks a return to a smaller Cabinet.

The first Cabinet led by Tunku Abdul Rahman Putra Al-Haj as Chief Minister after a general election in Malaya on July 27, 1955, had just 13 ministers. The number of ministers under his leadership eventually increased to 20 by 1964.

The number of ministers in successive Cabinets continued to grow. At its peak, Datuk Seri Najib Tun Razak in a Cabinet reshuffle on July 28, 2015, unveiled a team of 37 ministers.

Here's a closer look at the composition of the country's new Cabinet lineup and how it compares to previous ones.

Composition by coalition and party

15 or 54% of the 28 Cabinet ministers are from Pakatan which holds the biggest share.

The following shows ministers by the coalition they represent.

Here's a breakdown of ministers by party:

There are two ministers from Sabah and five from Sarawak in the new Cabinet.

In the previous Cabinet there were two ministers from Sabah and four from Sarawak.

The number of female ministers remained at five, similar to the previous Cabinet.

The following is a closer look at the ministerial teams under Malaysia's previous five Prime Ministers: 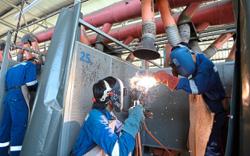