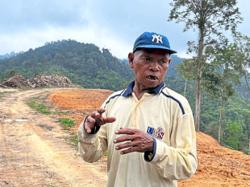 He said the plan is not the “Mentri Besar’s plan” but crafted by the Institut Darul Ridzuan after consultations and discussions with various levels of society.

“That is why during the first exco meeting, I informed the members that we will not be making another plan but will proceed with the Plan Perak Sejahtera 2030,” he told reporters during a media engagement session at St Regis Hotel here on Monday night.

He noted that Perak is in the midst of opening new industrial parks, and highlighted the new investment of RM32bil for developing the Automotive High-Technology Valley at Proton City in Tanjong Malim, among others.

Saarani also pointed out that the state will proceed with its plan to form the Lumut Maritime Industrial City in Manjung, a project in partnership with the Port of Antwerp-Bruges, the leading European industrial port.

He added that the plan is aimed at attracting new investments and retaining young local talent.

“This is all being done to draw more investors, including locally and internally, so that we will see more factories and provide the (young) generation, especially the locals, with more job opportunities,” he said.

On a separate matter, Saarani refuted claims by his predecessor, Datuk Seri Ahmad Faizal Azumu, that the new state government will be dominated and controlled by DAP, one of the partners in Pakatan Harapan.

Ahmad Faizal, who is Bersatu deputy president, was ousted as the Perak menteri besar in December 2020 after he lost a motion of confidence in the state legislative assembly and was replaced by Saarani.

“That was Peja’s (Faizal’s) bitter experience. He was the menteri besar when Bersatu had only one seat in the state assembly then.

“But my situation is different. Barisan has nine seats (after GE15), and we hold the menteri besar and speaker posts along with three exco positions.

“The fact that we are in a coalition government does not imply that Barisan has joined Pakatan or vice versa.

“We will set aside our differences to develop the state and look after the people’s welfare,” said Saarani.

The Kota Tampan assemblyman was reappointed as the state’s Mentri Besar after receiving support from 33 assembly members from both Barisan and its new partner Pakatan. 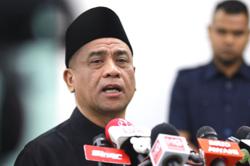