KOTA KINABALU: Issues on the return of Sabah’s 40% net revenue, proposed digitalisation of undocumented people, carbon trading and infrastructure developments were among the main highlights of Tuesday’s (Nov 29) debate speeches at the state assembly sitting.

Leiking in his speech asked whether the state government could revert to the original formula of getting back the backdated 40% net revenue owed to Sabah, instead of accepting just the interim payment agreed upon.

He also asked if the state could provide the public with the total amount of revenue collected and tax paid to the Federal Government over the years from Sabah, so that a clearer picture on how much is actually owed to Sabah, can be returned.

Assafal questioned why there was no assembly sitting to talk about the interim payment, before it was accepted by the state last year.

“From the MA63 terms, we know that any changes to be made with regards to Sabah, has to first go through a proper meeting. But why wasn’t this matter brought up before it was accepted by the state government?” he asked.

Benedick suggested for a bond to be issued if the Federal Government is not yet able to pay back what is owed to Sabah, and he also proposed for a by-partition committee to be set up at the state level to push for the return of 40% net revenue owed to the state.

Norazlinah said the acceptance of this interim payment instead of the lump sum payment owed, does not reflect the true terms and conditions in MA63.

“Is the state government serious about fighting for our rights and to see that Sabah gets back what is owed to the state?” she asked.

Chong likewise said that the changes of payment methods should have first been discussed and sought approval from assemblymen, through an assembly sitting, and there was no reason why it could not have been done earlier.

Several leaders also asked about the update on the proposed digitalisation of undocumented people in Sabah, whether the data collection had already started and what were the results.

As for carbon trading, they asked if there were any more updates to this proposal, and its current status.

Many also urged the state government to consider upgrading and improving infrastructure in Sabah, with the surplus budget of RM5.138bil for 2023, the largest state budget so far.

They said that with such a large surplus, proper planning for infrastructure development, welfare of the poor, elderly and disabled, as well as investment programmes should be drawn out so that the funds can be utilised to its fullest potential.

Some, including Leiking, reminded the state government to ensure a clean and fair distribution of the funds, and to prevent wastage or corruption in any of its transactions and operations. 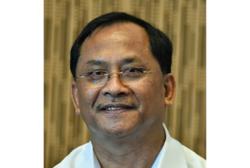