KOTA KINABALU: Shark riding, turtle and starfish touching and coral lifting are some illegal acts that should not be committed in the waters off Sabah, say the state Wildlife Department and Sabah Parks.

Sabah Parks director Maklarin Lakim said the recent video of a person riding on a whale shark near an island in the Semporna district was the first case that they were informed of, adding that it came as quite a shock.

The incident was captured in a 17-second clip, and is believed to have taken place off Pulau Sibuan on Friday (Nov 25).

Maklarin said that an investigation is ongoing to identify the suspect and gather facts of the case.

He said they have never received information or reports of anyone riding on whale sharks in the area before and will conduct an in-depth probe into the incident.

Maklarin said under the Parks Enactment 1984, one is not allowed to touch or possess any of the marine species on islands or parks within the Sabah Parks, unless with permission and supervision for research and other scientific purposes.

He added that all tour guides should know the rules of the park and are supposed to abide by the various by-laws and enactments.

Sabah Wildlife Department director Augustine Tuuga said that the Wildlife Conservation Enactment 1997 also provides either a jail or fine for offenders who commit such crimes.

“Under the Wildlife Conservation Enactment 1997, one can be fined between RM50,000 and RM150,000, be sentenced to a jail term of between six months and three years, or both upon conviction,” he said on Sunday (Nov 27).

The matter came to light following a report by the Semporna Professional Diver Association (SPDA), expressing dismay over the incident.

SPDA president Suzimin Idris had said that only licensed guides should be allowed to operate to prevent such incidents from happening. 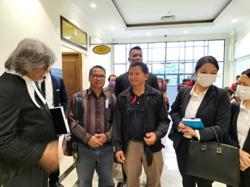 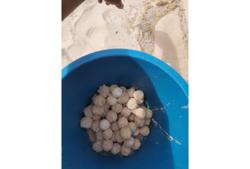