THE identity of Hong Kong superstar Jacky Cheung’s younger much-sheltered daughter Zia has finally been revealed, with netizens commenting that she looks like her former actress mother, reported China Press.

The 17-year-old held an exhibition together with renowned artist Chen Zhujun and appeared in photographs uploaded by radio presenter Maggie Chang.

“Congratulations to Ada & Zia on this successful Renaissance Art Exhibition!! Thanks for giving a rebirth to death by creating all the stunning art pieces – you surely can’t miss it!” Chang wrote on Instagram.

In one of the photographs uploaded, Chang was seen standing next to a young woman with a face mask dressed in a cropped top and oversized flannel, believed to be Zia.

The picture drew comments online about her resemblance to her mother May Lo.

The radio presenter also had photos together with Jacky, who was thought to be present to support his daughter’s exhibition.

They have another daughter, Zoe, 22.

The 60-year-old actor-director posted an old photo of the two each using a urinal with the caption: “Is it unexpected? Is it a surprise?”, which was a quote from his 1992 comedy movie All’s Well, Ends Well.“Absolutely,” Cheung replied, also with a quote from the film.

The interaction on Instagram generated a buzz among Internet users about a possible sequel to All’s Well, Ends Well. Cheung, 42, rose to stardom after starring alongside Chow in his 1999 classic King of Comedy, which became the highest-grossing local film in Hong Kong that year.

What started as Internet chatter in China about how close Wu and Law had become after his wife’s death in 2016 escalated into outrageous claims, especially after the latter appeared as a special guest at Wu’s concert in Hong Kong recently.

Netizens even alleged that Wu had received the blessings from his five children for the marriage.

Fans then flocked to TVB’s official Facebook page to congratulate the two.

When contacted, Wu denied the rumour.

“Many people sent me congratulatory messages on WhatsApp, I could only laugh awkwardly in reply,” he said.

The much-loved and respected actor also denied it when asked if the rumour was spread to generate buzz for a drama the two were acting in. 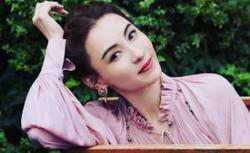 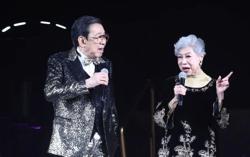