INTERACTIVE: These are GE15’s record-holding seats

Nur'alieyah Mohamad Salleh (left) and Fifi Nur Athirah Adira Fandy checking their polling stations on the Election Commission's website. They will be voting for the first time in the 15th general election.- ZULAZHAR SHEBLEE / The Star

PETALING JAYA: Bangi has the most voters among the country’s 222 parliamentary constituencies, with 303,430 people eligible to cast their ballots in the Selangor seat for GE15.

To put the size of its electorate into perspective, Bangi has 55% more voters than the whole state of Perlis, which has 195,927.

The constituency, which is a 40 minute-drive from Kuala Lumpur, was also the country’s biggest in the GE14 in 2018.

These are some of the interesting facts that can be gleaned from the Election Commission’s GE15 voter figures released on nomination day on Nov 5.

Selangor is currently home to seven out of the country’s 10 biggest parliament seats in terms of the number of voters:

At the other end of the scale, the parliament seat with the fewest voters is Sarawak’s Igan constituency with 28,290 eligible voters.

However, in terms of percentage, the seat with the biggest proportion of female voters is Penang’s Bukit Bendera.

Nationwide, women make up 50.17% of the electorate.

The constituency with the biggest proportion of 18- to 20-year-old voters is Tebrau.

Penang’s Tanjong meanwhile has the biggest proportion of senior voters. 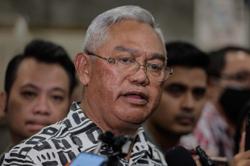