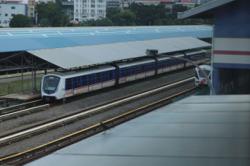 KUALA LUMPUR: The Kelana Jaya LRT line service between the Kelana Jaya and Ampang Park stations has been suspended until Nov 15 for passenger safety reasons and time needed to identify the cause of the service disruption.

Rapid Rail Sdn Bhd (RapidRail), in a statement Wednesday (Nov 9), said the Kelana Jaya LRT service will only operate from the Gombak station to the Damai station and from the Lembah Subang station to Putra Heights.

"Operations of the Kelana Jaya LRT service will end earlier, which is at 11pm, to give more time for the engineering team to carry out rectification and repair work.

"Efforts will be made by RapidRail to address the problem. Free feeder bus service will be provided for passengers and to reduce congestion at the affected stations,” it said.

According to the statement, the cause of the disruption to the electronic components of the Automatic Train Control System (ATC) on the Kelana Jaya LRT line service had yet to be identified.

"The disruption, which resulted in the loss of signal between the control centre and also the trains caused the trains to be dysfunctional automatically between the Kelana Jaya station and the Ampang Park station.

"This is a serious problem that has never happened before. Rapid Rail is assisted by a special team from original equipment manufacturer (OEM) Thales Group from Toronto, Canada, to find short and long-term solutions. This includes tests on existing devices and software," it said.

In a statement Tuesday (Nov 8), RapidRail said that an unstable ATC was identified as the cause of the LRT train service disruption on the Kelana Jaya route on Saturday (Nov 5) and Monday (Nov 7).

For the latest status on the LRT service and feeder bus service, the public can refer to RapidKL's social media channels and the Pulse app. - Bernama 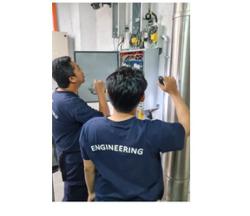 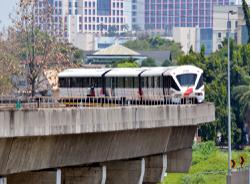