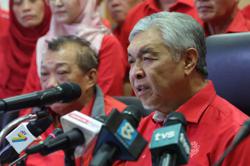 Leong said the decision to join Warisan was made due to several problems revolving around his previous party, Parti Bangsa Malaysia (PBM).

“Since we are approaching the nomination date for the 15th General Election, I decided to contact Warisan president Datuk Seri Mohd Shafie Apdal as PBM is currently dealing with several problems.

“To my surprise, Mohd Shafie accepted me though he had never met me in person,” he told reporters.

Leong added that he doesn’t have any issues with PBM besides the party’s leadership.

“While I never officially informed PBM that I wanted to leave the party, I believe due to the ongoing issue, they might know about it.

“My priority is my voters. I’m worried that if something happens with PBM, I’m left with no party.

“Hence why I truly appreciate Shafie’s gesture and looking forward to defending my seat at Malim Nawar,” he said, adding that he only made the call to Shafie just a few days ago.

In the 14th General Election, Leong contested under DAP and won with a majority of 6,082 votes against Chang Gwo Chyang (BN-MCA) and K.S Bawani (PSM).

In January, Leong was said to join PBM because his membership was terminated by DAP last year after he was suspected of joining MCA.

On Nov 2, it was reported that PBM’s top leadership, Datuk Larry Sng and Datuk Zuraida Kamaruddin had reached a consensus after a meeting about the party president’s post between the two was held at the Registrar of Societies (ROS) office.

Earlier on Oct 28, Sng suspended Zuraida’s membership along with 12 other supreme council members after she was said to receive support to be the party’s president, replacing Sng. 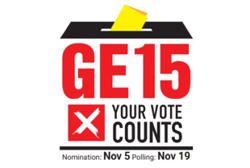