GE15: All the PM's men and woman whose heads likely to roll

PETALING JAYA: A number of Umno ministers from Prime Minister Datuk Seri Ismail Sabri Yaakob's Cabinet will not make the cut to be on the list of the Umno GE15 candidates to be announced on Tuesday (Nov 1) night.

As of now, four ministers and a deputy minister are said to have been dropped. Also dropped are three other long-term Umno MPs.

Sources said that Barisan Nasional chairman and Umno president Datuk Seri Dr Ahmad Zahid Hamidi is likely to take this chance to cleanse the party of all those who have spoken up against him in the past year and shown their full defiance to Ahmad Zahid by supporting Umno vice-president Ismail Sabri to be the Prime Minister.

They are all seen as vocal supporters of Ismail Sabri and are deemed to have close ties with the Perikatan Nasional coalition, which helped formed the caretaker government.

Axing them, according to sources, will allow Ahmad Zahid to be more certain only MPs of his choice will be made Cabinet members and if need be, garner enough support for the former deputy minister to get enough votes to be the next Prime Minister.

They are respectively the incumbent MPs of Arau (Perlis), Ketereh (Kelantan), Kota Tinggi and Tenggara in Johor.

While Shahidan had openly announced on Oct 31 that he was dropped by calling it "the saddest night" and announcing the closure of all Barisan operational rooms in his constituency, Annuar held on to a sliver of hope.

In his Facebook post on Monday (Oct 31), he stated that he has heard many "winners were being axed, especially those close to the Prime Minister".

"They allegedly promised that they will choose the winnable, acceptable and likeable, but we hear here and there that many of the "winners have been axed, especially those close to the PM..." stated Annuar.

He however, seemed to be hoping that there will be a change of heart among the top five leaders of Umno, who decide on the candidacies.

"Whatever it is, we let the leadership discuss and choose. No need to beg to be a candidate. No need to lobby... it is a trust... cut the speculation," he said.

Annuar has been an MP since 1990 and has held the Ketereh seat since 2013 for two terms. 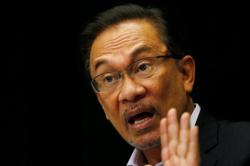 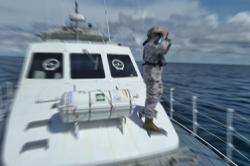