CAMERON HIGHLANDS: "I am okay." That is all Dr Murnirah Abd Rahman, one of the victims of the helicopter crash here – managed to say to her husband.

According to a report by Malay news portal Majoriti, the victim, who works for the Health Ministry, said this to her husband Abdul Latif Abdul Razak after the crash in Cameron Highlands on Wednesday (Oct 26).

According to Abdul Latif, his wife is currently in stable condition.

"That is all she said. Maybe she is traumatised. Thank god she is safe and I was told she injured her hip.

"She will be taken to the Ipoh Hospital for further treatment but has yet to arrive there due to the bad weather in Tanah Rata, Cameron Highlands," he said

Dr Murnirah who is a mother of two, has served as a medical officer for 12 years.

He said his wife has flown in helicopters several times to provide medical care to people in the interiors of Gua Musang, Kelantan.

"This has never happened before but she has previously received training from the aviation company," he said.

A helicopter ferrying six people crashed in Cameron Highlands at 1.15pm on Wednesday.

There were six people in the chopper comprising the pilot and five health workers. 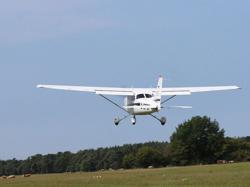