Offenders can face up to RM10mil fines, jail time for soil, water pollution 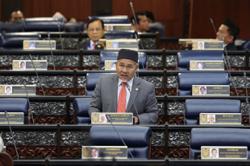 KUALA LUMPUR: Those convicted of soil pollution, including polluting inland and offshore waters, could face hefty fines of up to RM10mil and jail time.

This comes following the tabling of the Environmental Quality (Amendment) Bill 2022 to increase penalties for a slew of offences against those causing pollution.

Among the amendments was to Section 25 of the Environmental Quality Act 1974 to increase the penalty for those convicted of polluting inland waters.

Those convicted of discharging oil or waste in Malaysian waters may be looking at a maximum RM10mil fine, five years’ jail or both under Section 27 and 29.

The proposed amendments also makes it an offence for a person to commit, allow, instruct or cause open burning on any premises.

Under Section 29A, an offender may be fined not less than RM25,000, but not exceeding RM1mil, and sentenced to a maximum five years’ jail or both upon conviction.

The amendments also allows the authorities to prohibit a licensed operator for discharging waste in a specific area where accumulation of such waste poses a danger to humans or wildlife.

Offenders could face a fine not less than RM50,000 and not exceeding RM1mil, a maximum jail term of five years or both upon conviction.

Also increased are the penalties against those who fail to provide an impact report on the environment with regard to permitted activities.

The fines will be increased to not less than RM100,000, but not exceeding RM1mil, and five years’ jail or both.

The Bill is expected to be passed in this Dewan Rakyat meeting which ends on Nov 29. 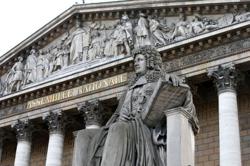