We’ll fix it if there is a problem, Saravanan addresses claims of delay

PETALING JAYA: “Show me where the problem is.”

That was Human Resources Minister Datuk Seri M. Saravanan’s (pic) response to a letter written by the National Chamber of Commerce and Industry of Malaysia, which touched on how employers had been impacted by the delays in the foreign worker recruitment process.

“When you go to a hospital and say you’re in pain, the doctor won’t be able to solve your problem. You must say where the pain is – whether it is my ministry giving the approval, the Home Ministry clearing the visa, the source country allowing the workers to come in or the High Commission approving attestation,” he said.

As far as his ministry is concerned, he said “there is no problem, there is no delay”.

And for those who applied for workers without the proper documentation, he said: “Sorry, we can’t help.”

Yesterday, The Star ran a letter by NCCIM president Tan Sri Soh Thian Lai who, among other things, noted that the ministry’s One Stop Centre had approved close to 510,000 quota applications for foreign workers but only around 76,000 workers had arrived in Malaysia as of last week.

Soh pointed to another bottleneck in the recruitment process, saying it could take almost six weeks for the calling visa approvals by the Immigration Department, particularly in the Klang Valley.

The Star has also reached out to the Immigration Department but there was no response yet as at press time.

Saravanan, when contacted yesterday, said that currently some 1.3 million foreign workers were already in the country with approvals given to hundreds of thousands more.

“They are simply saying things without actually showing where the problem is,” he said.

He said the ministry had also “exceeded the quota” by approving more workers.

There were 1.8 million migrant workers before the Covid-19 pandemic but now approval had been given for some 800,000 workers in addition to the 1.3 million who were already here, he added.

Saravanan said he would be meeting with Soh on Monday to discuss the issue, among others.

In GEORGE TOWN, Federation of Malaysian Manufacturers (FMM) Penang chairman Datuk Lee Teong Li said that factories under the federation had either slowed down or halted their operations because of the current global economic situation.

“So with this scenario, the demand for foreign workers has somehow gone down a bit and factories are running with what they have,” he said.

Although many foreign workers’ applications have been approved, he said only a small percentage was working in the manufacturing industries.

“As the current market has not been good for most industries including manufacturing, the shortage of workers has not been an urgency for these industries,” he said.

Small and Medium Enterprises of Malaysia honorary secretary SH Yeoh said the approval for foreign workers was trickling in, adding that these workers had started to come in.

“There should also be faster approvals from more source countries.

“Outstanding applications should be quickly approved as orders need to be fulfilled. This is especially so for SME exporters to reap the benefits of the strong US dollar,” he said. 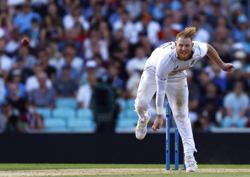 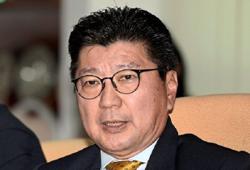