SHAH ALAM: The Sultan of Selangor, Sultan Sharafuddin Idris Shah, has consented to the appointment of Tan Sri Mazlan Mansor as chairman of the board of trustees of Yayasan Islam Darul Ehsan (YIDE) since July 16 until Dec 31, 2023.

In a statement, Ahmad Shahir said: "Mazlan’s new appointment under YIDE is in line with Article 20 of the Articles of Association of YIDE, which states that the chairman of the board shall be the chairman of MAIS or any person nominated by His Royal Highness, the Sultan of Selangor.”

He added that the appointment was also based on considerations of Mazlan’s social networking capacity as Deputy Inspector-General of Police. - Bernama 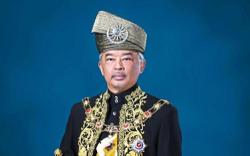