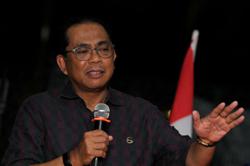 PETALING JAYA: Barisan Nasional is proposing to set up the first women-only public university in its general election pledge.

“The proposed women’s public university will serve as a dedicated research centre for issues concerning women and it will also actively promote women in leadership,” said Datuk Seri Khaled Nordin.

This women-only institution of higher learning would be among its innovative approaches to improving the education system, he added.

“Higher learning, in general, will be restructured to allow more learning flexibility and maturity, and sufficient opportunities that would translate to better quality graduates with relevant, cutting-edge and future-proof skills,” the Umno vice-president said when interviewed.

Khaled, who is leading the drafting of the Barisan manifesto, said the first women’s public university was an idea mooted by Barisan Wanita.

Separately, he said there would also be innovative and revolutionary reforms for both public institutions and the legal framework.

He stressed that reforms should not be an “exclusive language” associated with Barisan’s political opponents.

“Barisan is indeed committed to ensuring our public services and institutions are more robust, effective, technology-driven and transparent, for a better future together,” Khaled said, adding that there would be fresh solutions to national issues in the manifesto.

They include food security, better protection of the environment, and comprehensive welfare and social protection programmes aimed at creating an “ecosystem for dignified living”.

Khaled disclosed that Barisan’s manifesto for the coming election would not include unrealistic promises.

“We understand the financial limitations of our country and will seek to uphold fiscal stability in the long run.

“This time around, we believe our voters are mature enough. Voters will not be lured again into populist promises that irresponsibly offer short-term gains or even promises that are impractical and cannot be implemented,” said Khaled.

“I believe we have all learnt our lesson,” he said. 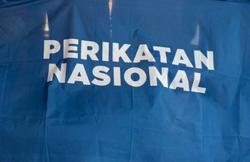