The group of divers collected bags and bags of rubbish after the underwater clean up.

KOTA KINABALU: Divers from various non-governmental organisations (NGOs) and tourism firms celebrated Malaysia Day by teaming up to carry out an underwater clean-up in the Semporna district on Sabah's east coast on Friday (Sept 16).

Some 12 volunteers from Green Semporna, Mabul Youth Climate Leaders, Seahorse Sipadan Scuba and JH Scuba, among others, collected bags of rubbish during the exercise at Mabul Island.

This was also held in conjunction with the International Coastal Cleanup Day.

"We had 20 volunteers cleaning up at Timba-Timba Island where we also cleaned up turtle nesting sites," he said when contacted.

"We also continued our coral restoration works in Mabul and deployed 50 coral frames," he added.

Adzmin said they did not actually plan to do the clean up on Malaysia Day but the dates coincided.

"It serves us as a reminder that we can do many things to celebrate and appreciate Malaysia – and this is what we do.

"We must continue advocating for a cleaner environment and preservation of marine habitats," he said. 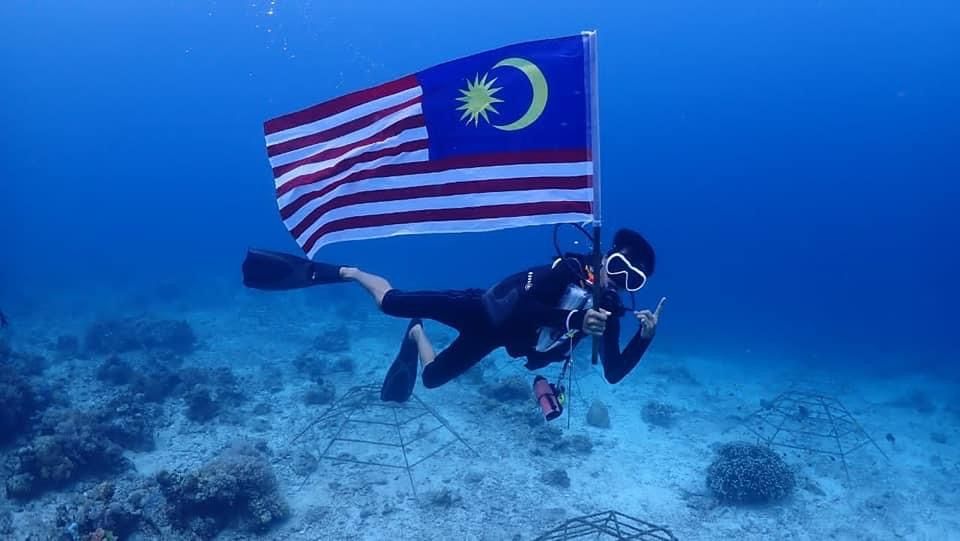 The group of divers collected bags and bags of rubbish after the underwater clean up.

A diver carrying the Jalur Gemilang during the underwater clean up off Semporna.

The divers also installed coral frames besides collecting rubbish in the sea.

Divers collecting rubbish during the underwater clean up.