IPOH: It has not been set in stone that a light rail transit (LRT) system will be built in the city, says Ipoh mayor Datuk Rumaizi Baharin (pic).

He said the inclusion of the LRT in the Ipoh City Local Plan Draft 2035 last year was just a planned project.

"I think people misunderstood it. Whether or not it will be built, depends on the government and investors," he told reporters after attending the Ipoh City Council's Jalur Gemilang campaign on Thursday (Aug 18).

"For example, if we want to build a new airport, we need to make plans for the things that need to be done, like reserving some land so we don't have to do land acquisition later.

"If, suddenly, a project does come about and we start looking for land then, it will be costly," he said.

A plan would also be a good reference for investors, he added.

Ipoh residents had voiced concerns that it could be expensive to build the LRT system in the city, with some estimating the cost to be about RM14.5bil.

In November, the city council published the draft plan which included plans for the LRT to be built.

On the cost of building the LRT, Rumaizi said it was only an assumption by the people.

He also gave his assurance that if the LRT project comes about, it will involve private investors and not the council's own money.

"We might not get the LRT but it could also be an Autonomous Rail Rapid Transit (ART) or a Bus Rapid Transit (BRT) system," he said, adding that a private company is studying the possibility of building the ART in the city. 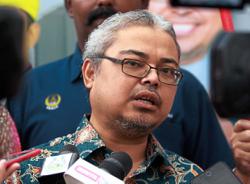