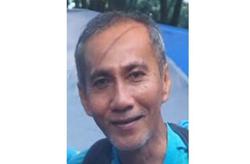 For better connectivity: The proposed LRT will have two routes, one of which will pass Jelapang. Seen here is Bulatan Sultan Azlan Shah in Meru Raya, Jelapang.

RESIDENTS in Ipoh, Perak, are split over plans to build a light rail transit (LRT) project in the city.

While some are delighted over the proposal, there are also those who feel it would be better and cheaper to improve the existing public transport system.

The LRT project is among several initiatives being proposed in the Ipoh City Local Plan Draft 2035.

Stockbroker Megat Ahmad Faris, 31, believes that it will be good for the city.

“Since we are seeing rapid development in areas like Meru Raya, Klebang, Station 18, Gunung Rapat and Simpang Pulai, it will be great to have a LRT network to connect these areas.

“I believe it will be a boon for the local economy,” he said. 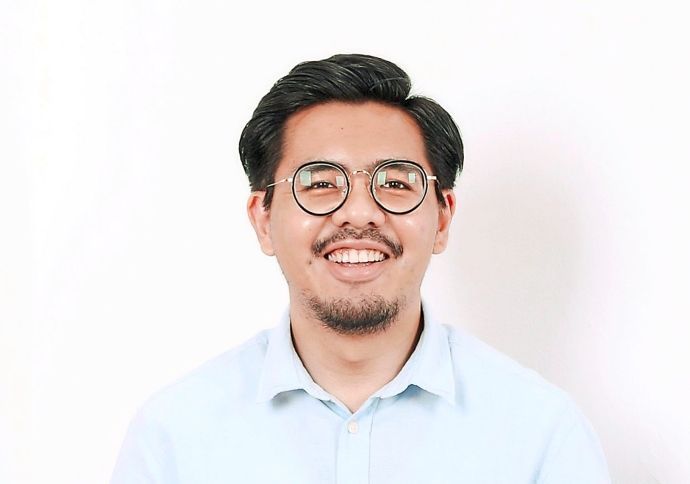 Megat also felt that a comprehensive LRT network would reduce the traffic congestion on weekends.

“It might not completely resolve the issue of congestion but it could provide better accessibility for both locals and tourists. “I hope, though, the planning and construction are done properly,” he added.

State tourism and local government committee chairman Datuk Nolee Ashilin Mohammed Radzi had, on Nov 18, said that the state was mulling a LRT network in Ipoh to transform and modernise its public transport system.

The LRT project will have 28 stations, with two routes covering a distance of 58km.

It will cover a distance of 30km, with a six-minute interval for each station.

Some of the places that will benefit from the proposed LRT network include (clockwise from left) Raja Permaisuri Bainun Hospital, Stadium Perak and Tambun, which is noted for its pomelo orchards. —Photos: RONNIE CHIN/The Star

It will cover 28km, have 16 stations, with a six-minute interval for each station.

Four stations – Ipoh (Main Station, Interchange), UTC (I), Pasir Puteh (I) and Pasir Pinji (I) – will connect with both routes.

Ipoh City Watch president Dr Richard Ng welcomed the project as it would be a step in the right direction.

“Although Ipoh is not a big city, I think the project is a great idea. 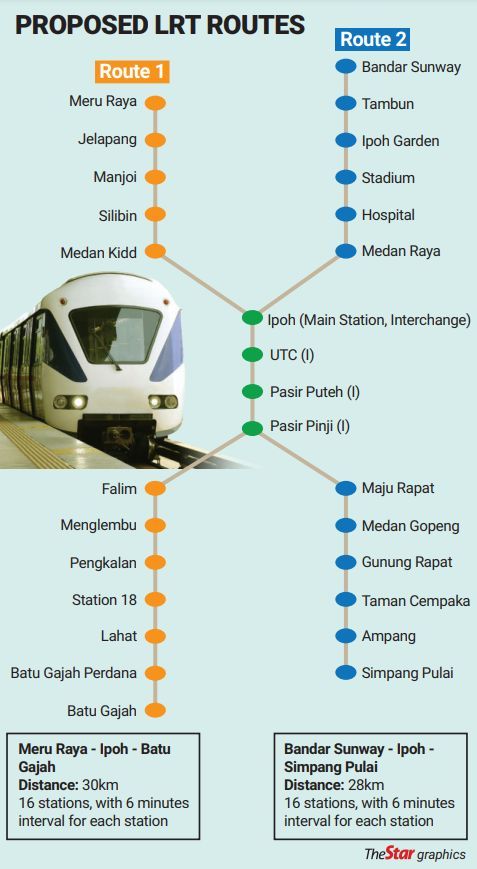 “Providing efficient public transport such as the LRT must be in place now for the future,” he said, adding that the project would greatly help to reduce carbon emission in the city by 45%, by 2050.

“We need to take into consideration the increase in population, economic activities, development and traffic congestion.

“We cannot only start to plan when the city becomes congested like Kuala Lumpur, Singapore, Bangkok and Manila,” he added.

Ng said the project needed to also conclude proper walkways that were safe, well-lit and protected from the heat and rain, as well as connect shopping complexes and government offices through an efficient transportation system.

“I also hope the government will try its best to preserve as many trees as possible when the project is being built.”

Not suitable for Ipoh

She believes an LRT network would be more suited for cities with high-rise buildings.

“After Kuala Lumpur, I think Penang should be the second state to have one.

“While Ipoh does have its congestion issues, it is usually because of road repairs or construction works,” said the 30-year-old.

“I just cannot imagine how the LRT line would be constructed around the small buildings in the city.

“Perhaps instead of this project, the state government should focus on the current issue, which is to have a better solution to fix roads that are damaged or have potholes,” she added.

She did, however, agree that the LRT would reduce pollution.

“The public will also have more options in choosing their daily commutes,” she added.

On the flip side, Syaza Fatin said the authorities could consider adding more buses and routes in the city. 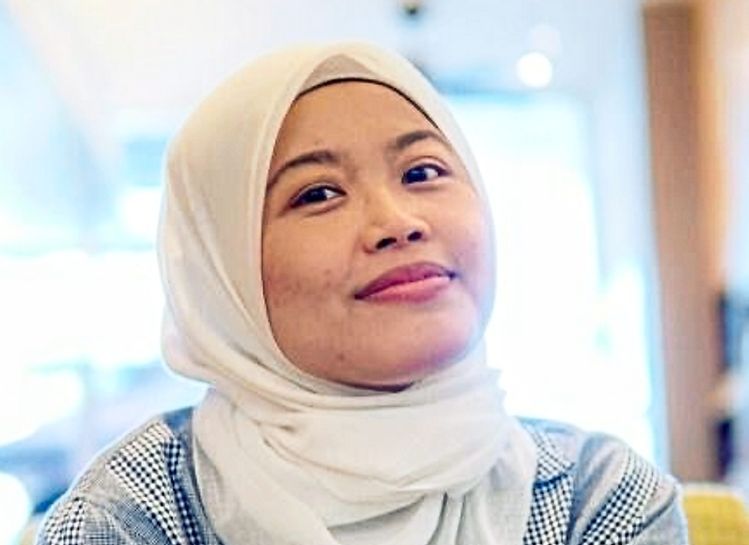 “Although the current bus services serve almost all the places in the city, the facilities at bus stations need to be upgraded, and that includes adding more vehicles to the schedule.

“That way, the public will not need to wait for hours at the station, which is a reason why people prefer e-hailing services as they are more accessible,” she said.

An administrator, who wished to be known only as David, believes more studies need to be done before proceeding with the LRT project.

“Take a look at Kuala Lumpur. Although there are train services covering almost the entire city and its extended areas, traffic jams are still happening on a daily basis.

“I have friends working in Damansara and staying in Kajang.

“They say driving is better than taking the train, especially during the Covid-19 pandemic,” he said.

“According to them, the trains often get delayed, are slow or overcrowded.”

Although the LRT could help Ipoh in reducing its carbon footprint, the authorities should focus on cheaper solutions, he said.

“I am unsure of the exact allocation for the project but it would definitely cost a bomb since it will have more than 20 stations.

“Wouldn’t it be cheaper if they spent the money on fixing the bus routes, pedestrian walkways and bicycle lanes?

“We also have flooding issues, the constant road repair works and lack of pedestrian and bicycle lanes... all these could be looked into,” he added.

When contacted, Ipoh mayor Datuk Rumaizi Baharin said the public were welcome to share their concerns regarding the project with the Ipoh City Council (MBI).

“We have a public participation and publicity programme held at the city council hallway from 9am till 4pm.

“The programme is also being held at PLanMalaysia@Perak office at Level 7, Bangunan Seri Perak and at the Kinta Land and District Office at the same time.

“Those who wish to share their opinions on the project may do so at these three locations,” he said. 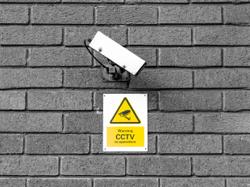