A picture of section of a littoral combat ship under construction during the keel-laying ceremony in Lumut. - SAIFUL BAHRI/The Star

In a joint statement, former defence minister Mohamad Sabu and his former deputy Liew Chin Tong said that the RM9bil allocation for LCS should not be utilised for other purposes, claiming that this amounted to criminal breach of trust.

"RM9.12bil is allocated for the LCS project, not to bailout the NGPV project. The utilisation of the fund like this is criminal breach of trust under Section 409 of the Penal Code.

"Fundamentally, what has been done here was to cover up the loss of an old failed agreement with a new one. This is a crime.

"Or did the sixth prime minister (Najib) award the LCS project via direct negotiation with the purpose of helping repay NGPV debts?" they questioned, adding that an answer from Najib would help clear the cloud surrounding the LCS project.

NGPV is a project for the construction of 27 patrol vessels, which received Cabinet approval in 1993.

The project also saw the privatisation of the construction company, Naval Dockyard Sdn Bhd, in 1995.

Mohamad and Liew added that in 2005, Boustead Holdings Berhad bought over a majority of shares in Naval Dockyard which was renamed to BNS, the company linked to the LCS scandal.

Only six out of the 27 vessels were completed.

"After Boustead took over PSC-NDSB, a second additional contract worth RM1.4bil was signed by BNS in January 2007, bringing the total value of the contract to RM6.75bil.

"The basis of the RM1.4bil increase was not clearly stated and no solid justification was given," they said.

Mohamad and Liew said in 2005, the PAC held that the NGPV project was not managed well by the contractor and the Defence Ministry.

Meanwhile, the Auditor-General's 2006 report said the NGPV project had many weaknesses because the government and defence ministry gave the contractor "too many chances" despite its financial and management issues.

Najib: Boustead was doing fine when I was PM 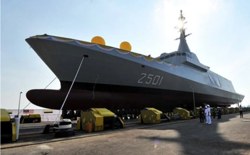 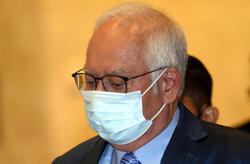