PETALING JAYA: Datuk Seri Najib Razak has claimed that Boustead Holdings was never in the red when he was prime minister.

Uploading a graph on Boustead's 2009-2017 net profit to his Facebook post, Najib said Boustead only started recording a major loss after the 14th General Election (GE14).

“What did Pakatan Harapan (PH) do during the 22 months they were in power even if it is true the project (Littoral Combat Ship) was stopped in April 2018.

“The project was stopped for 22 months and (they) waited for two years to make it an issue in 2022 by asking where’s the ship?” he said.

Najib was responding to Syed Saddiq Syed Abdul Rahman’s post on the project.

Syed Saddiq said blaming Pakatan for stopping the LCS project after GE14 does not make sense.

He said since Boustead Naval Shipyard (BNS) failed to pay, the Original Equipment Manufacturer (OEM) had to stop the work.

“BNS financial situation was confirmed as weak and critical due to power abuse and financial mismanagement.

Najib also posted screenshots of former Pakatan defence minister Mohamad Sabu’s tweet from 2019 where he visited BNS Shipyard in Lumut, Perak to view the LCS project which was under construction.

Drawing attention to the screenshot, Najib asked what did Mohamad and his then deputy Liew Chin Tong launch and what site did they visit in 2018 and 2019 if the project was stopped in 2018.

He said even if the project was stopped due to financial liquidity in April 2018, the government could have resolved the important project immediately and Boustead as an important asset of the Armed Forces Fund Board (LTAT) could be saved.

He said this was the responsibility of a government and mandate given to the Defence Ministry to protect the strength of the country and the interests of the Armed Forces including the welfare of veterans.

In another post, Najib said German company Rheinmetall AG (RAD) should be sued if evidence showed that the company had misused funds for the LCS project.

"It's fine if Rafizi (PKR deputy president Rafizi Ramli) claims that the representative from Rheinmetall is involved in the alleged misappropriation of the LCS project. Investigate it fully because I am completely not involved in the issue.

"Rheinmetall is a company with a market value of €7.08bil (RM32.05bil), 300 times more than Boustead Heavy Industries Corp Bhd, which is RM113mil. After getting compensation of RM10bil from Rheinmeal, the LCS project would be free and there will be a balance of RM1bil to help the public," said the former premier.

Rafizi previously said that it was illogical for a company that held the majority of the shares of a business entity to relinquish control to another party.

This comes after he said the RAD held control in Contraves Advanced Devices Sdn Bhd (CAD), a subcontractor involved in the LCS project, even though BHIC was the majority shareholder of CAD.

The LCS controversy gained momentum over the past few days after the Public Accounts Committee (PAC) revealed that none of the ships have been completed so far, although five should have been delivered by this month. 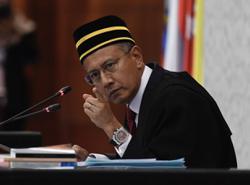 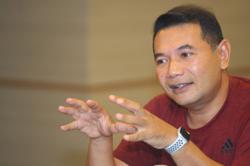