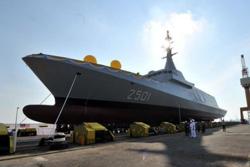 PUTRAJAYA: The Cabinet wants the Malaysian Anti-Corruption Commission (MACC) to expedite its investigation of the Littoral Combat Ship (LCS) scandal and for the Attorney General to prosecute those responsible if there is proof of wrongdoing, says the Prime Minister.

Datuk Seri Ismail Sabri Yaakob said he met with Attorney General Tan Sri Idrus Harun and MACC chief commissioner Tan Sri Azam Baki after the Cabinet meeting to inform them of the decision on the issue.

Ismail Sabri said the Cabinet also decided for the Investigating Committee on Procurement, Governance and Finance Report headed by former Auditor-General Tan Sri Ambrin Buang to be made public," he said in a statement on Wednesday (Aug 10).

The Prime Minister said the Cabinet's decision would not interfere with the LCS Project Recovery Plan that was decided on April 20.

"The government is committed to proceed with the project in the interest of national defence, in line with meeting the needs of the Royal Malaysian Navy.

"On behalf of the government, I give my assurance and guarantee that the investigation on this issue will be carried out transparently. The government will not protect anyone found to be involved," he said. 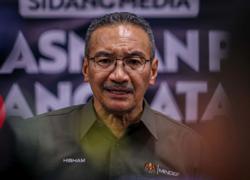