Wan Saiful said the meeting was supposed to take place at 2.30pm on Thursday (Aug 4) but was cancelled.

"I’m worried that he (Ismail Sabri) is going back to the ways of the old Umno," Wan Saiful said.

Frustration within the Perikatan leadership has reached boiling point after a meeting with Ismail scheduled to take place at 2.30pm on Thursday (4 Aug) was suddenly cancelled the night before by the Prime Minister’s Office. 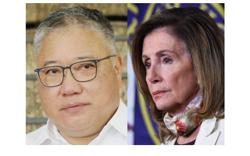 Work with Umno for a better shot at winning seats in GE15, Kuala Nerus MP tells PAS
Man who gave vape to baby had statement recorded by police
Automated entry system at KLIA to be extended to foreigners
Search and rescue operation called off after body of 10-year-old found
Another object believed to be Long March rocket debris found in Miri
Tuition teacher dies while being rushed to hospital
Annuar: No decision to change chicken export regulations yet
Cooking oil: 17% of traders selling below maximum price, says Annuar
Sabah's dilapidated suspension bridges need addressing, says Bung
Health exco: Respiratory illnesses in Johor up to 1,531 from 570 last year