By ALIZA SHAH and BENJAMIN LEE 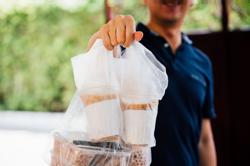 PETALING JAYA: Food delivery riders want the government to recognise them as legitimate employees with all the attendant rights and benefits, and no longer as gig workers.

Speaking at Parti Keadilan Rakyat headquarters here on Friday (Aug 5), a group of p-hailing riders on a 24-hour strike said the industry is getting too big to still be considered part of the gig economy.

"Is it relevant to consider p-hailing as a gig industry when we have masters and servants, our masters who organise our work... (who instruct us) to use their bag and wear their uniform, otherwise we could face suspension or have our accounts terminated," said a group representative who gave his name only as Firdaus.

He said it was crucial for the government to recognise the industry so that it can be regulated better for the well-being of the riders.

"This is not the first strike. We did this before but the situation has not improved.

"We submitted a memorandum to Human Resources Minister Datuk Seri M. Saravanan on July 17, 2020 and he has given his assurance that the matter would be resolved but until today, it is still the same.

"Our wages still get reduced," he claimed.

Malaysian P-Hailing Riders’ Association (Penghantar) vice-president Abdul Hakim Abdul Rani said riders were under pressure to complete as many deliveries as possible in a day to meet their income target.

The one-day strike has become the talk of riders on various Facebook groups with hashtags #OffSatuHari, #24hournoshift and #naikkanfare associated with it.

Foodpanda reportedly sent out an email to its partners on rider availability for Aug 5, stating that it is "actively working on mitigating the situation as effectively as possible".

It claimed that the majority of riders are responding well to their initiatives and taking up shifts.

Ehailing service provider Grab Malaysia said in a statement that there was no reduction in base fares for its delivery services.

It said the recent concern raised by a delivery partner last month was due to a glitch in its system, where the rider noted a discrepancy in his earnings.

It said the issue had been rectified and any shortfall had been made up to those affected. 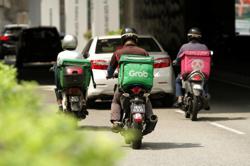 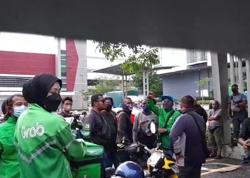