KUALA LUMPUR: A motion tabled by Health Minister Khairy Jamaluddin to refer the Control of Tobacco Products and Smoking Bill 2022 to the Parliamentary Special Select Committee (PSCC) for fine-tuning has been passed in the Dewan Rakyat.

The committee will look into the enforcement clause as well as proposed penalties under the Bill, otherwise known as the tobacco generational end game (GEG).

It will also recommend improvements and study proposals mooted by Members of Parliament during debates and to select committees.

The PSSC is also tasked with preparing proposed improvements to the Bill to control the sale of tobacco products, smoking items, tobacco substitutes and smoking devices within a month.

"The PSSC can extend the duration if there is a need but an extension cannot be made beyond the first day of the upcoming Third Meeting and of the Fifth Term of the 14th Parliament session," Khairy said on Tuesday (Aug 2).

The PSSC is also allowed to invite lawmakers, law and constitutional experts, NGOs and individuals to attend its meetings from time to time.

Khairy will chair the PSSC while 12 other MPs from both sides of the political divide will be part of it as well.

"I wouldn’t say it is being delayed but it is being referred to the (PSCC). I agree that when the Bill is tabled, in good conscience we can agree," he said before tabling the motion.

Khairy also asked for the Bill to be slotted as the first order of business of the House once the committee has completed its work.

"We cannot wait anymore," he said.

He said while waiting for the Bill to be tabled, existing laws must be enforced.

"It can be detrimental if we continue to let people sell without checking the contents of what is being sold," he added.

The Bill was tabled for its first reading in the Dewan Rakyat by Khairy last Wednesday (July 27) and tabled for a second reading on Monday (Aug 1) with the goal of passing it on Tuesday.

Before informing the House of the last-minute decision to defer voting, Khairy acknowledged that there were differing views from MPs on the Bill.

Khairy made an impassioned plea to MPs to eventually support the Bill once it is scrutinised by the PSSC and brought before the House again.

On Monday, Opposition leader Datuk Seri Anwar Ibrahim wrote to the Prime Minister to refer the Bill to the PSSC after it was tabled for second reading in Parliament.

Several MPs indicated their support for the proposed law but voiced their reservations over its enforcement.

This was the second time the government decided to defer voting on a Bill and instead refer it to a PSSC for further deliberation.

On April 11, the proposed constitutional amendments to create the anti-party hopping law were tabled during a one-day special sitting of the Dewan Rakyat.

The law was to have been passed during the special sitting.

Bill must be handled with care 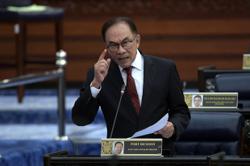 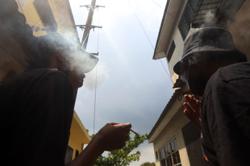