PUTRAJAYA: The “Berjalan Teguh Bersama (Walking Strong Together)" programme, organised in conjunction with the launch of National Month 2022 and the Fly the Jalur Gemilang campaign, took place in a lively and colourful atmosphere filled with patriotism.

The Malaysian Family, including the walk's participants, began arriving at Dataran Putra here as early as 6am, dressed in their sports gear, with a majority in red and carrying the national flag to add gaiety to the launch of the National Month and the Fly the Jalur Gemilang campaign.

Two years ago, the event was held in a virtual and hybrid manner due to the Covid-19 pandemic.

Ismail Sabri arrived at the venue at 7.50am, and was greeted by Annuar, who is also chairman of the National Day 2022 and Malaysia Day celebration main committee.

Shortly after that, the prime minister joined other cabinet members and the Malaysian Family for stretching exercises, before starting on the brisk walk.

From Dataran Putra, they walked to the first checkpoint, passing the office building of the Federal Territories Ministry, which has been decorated with the Jalur Gemilang, and on arrival at the intersection of the office of the Federal Territories Ministry, they were entertained by a “Gema Orang Asal” performance by an Orang Asli group from Gombak, known as Bah Bola and led by Bah Sali Bah Nap.

The performance received a "thumbs up" from Ismail Sabri and the Malaysian Family.

The Orang Asli group, from the Semai tribe, also performed the catchy song "Bah Bola", as well as other songs, to enliven the “Berjalan Teguh Bersama” programme, with some members of the crowd also dancing along.

At 8.37am, the participants arrived at the Alaf Baru Monument and were greeted by a Infiesta Infobusking performance of Borneo Rhythms by singers Ayin and Tantiana, from the Sabah Pentarama Group.

During the walk from the Federal Territories Ministry to the finishing line at Dataran Putrajaya, the participants of the walk were accompanied by the beat of patriotic songs such as Oh, Malaysiaku!, Tanggal 31, Seruan Tentera and Darah Satria, performed by the Setia Perwira Band from the Immigration Department.

Ismail Sabri, along with the Cabinet ministers and other participants, arrived at the finish line at about 9.30am and were greeted with performance by Pergendangan Malaysia from the National Academy of Cultural Arts and Heritage. - Bernama 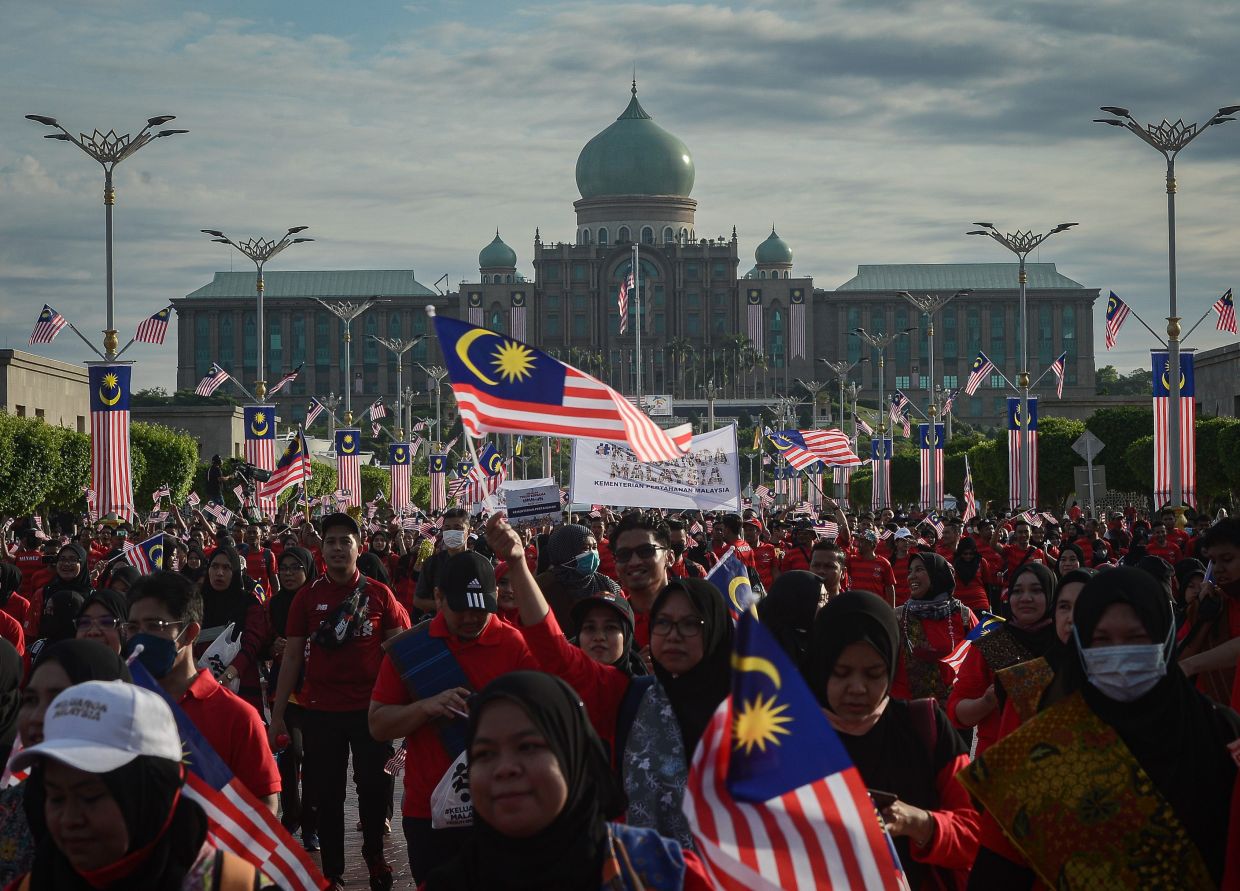 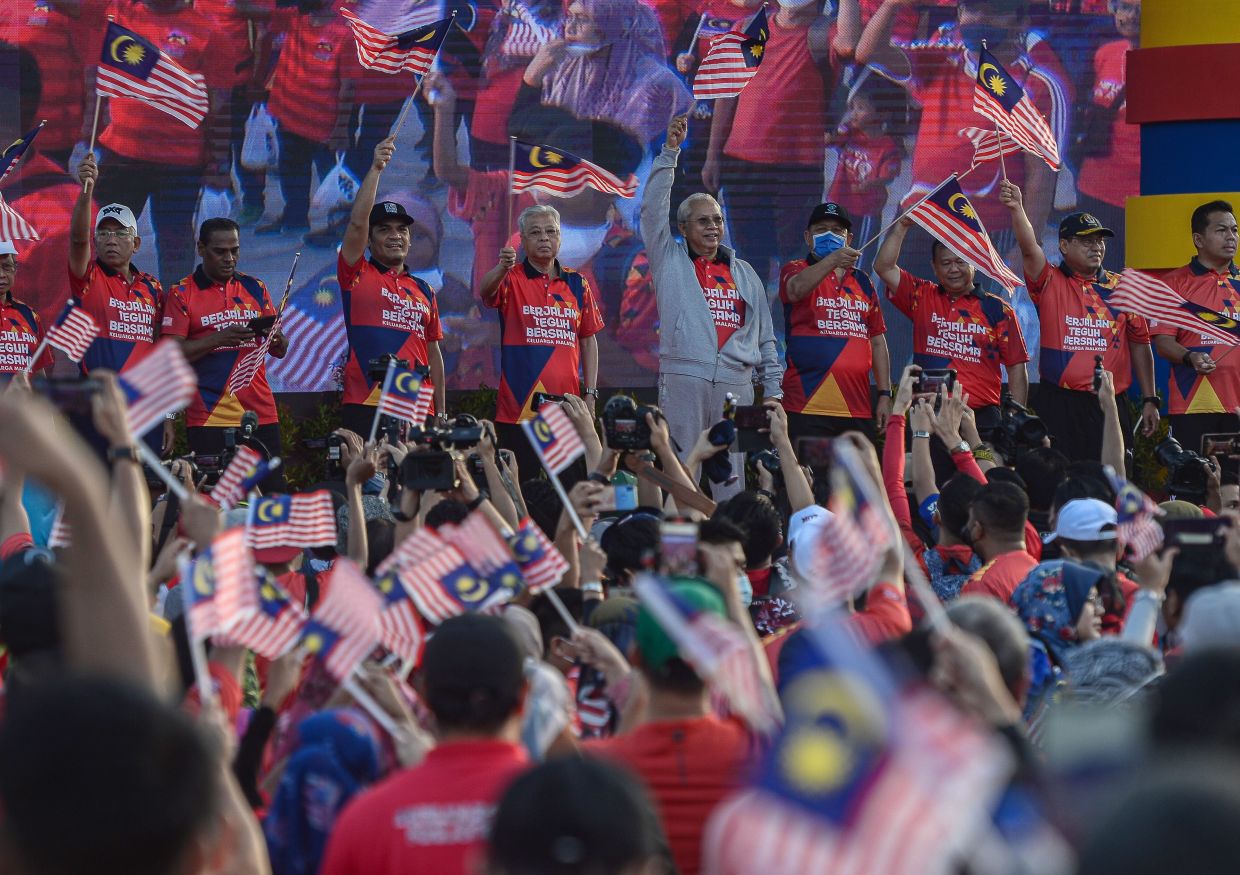 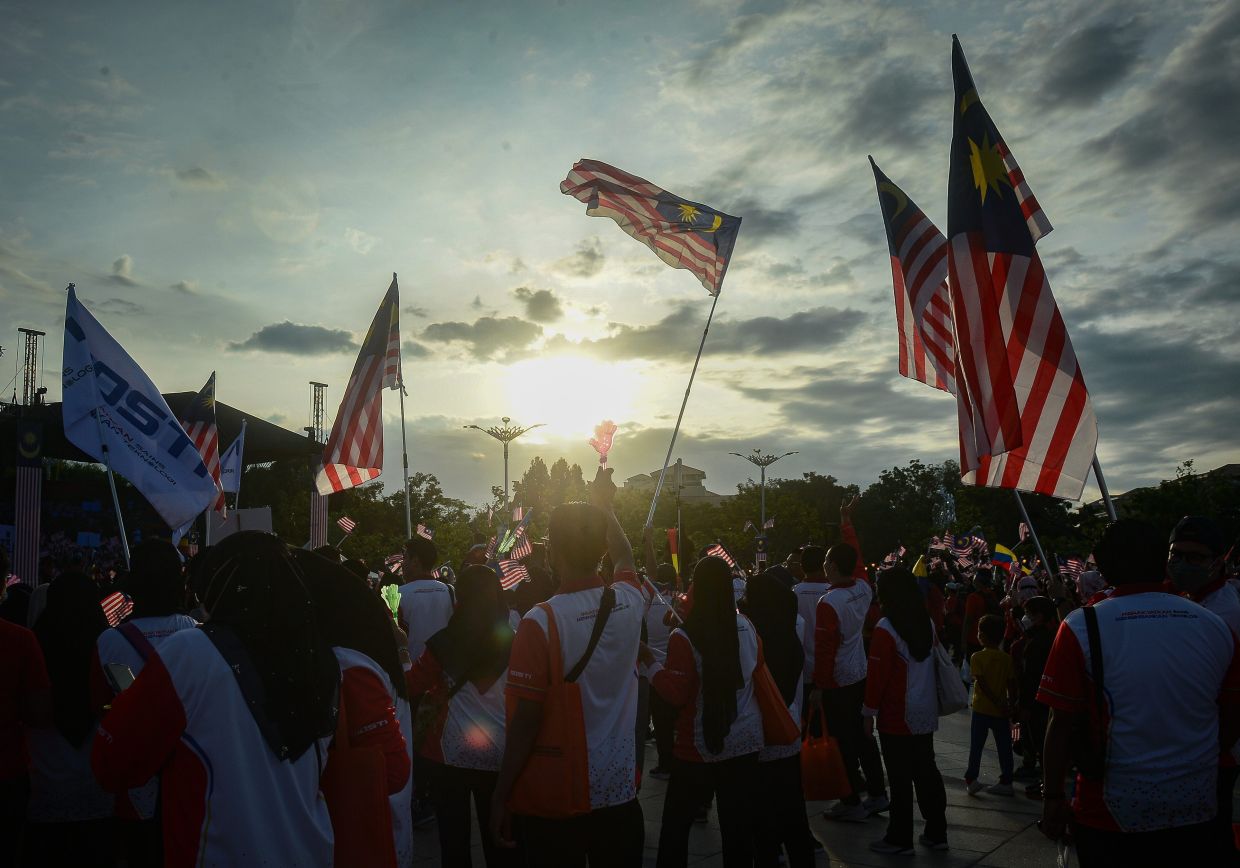 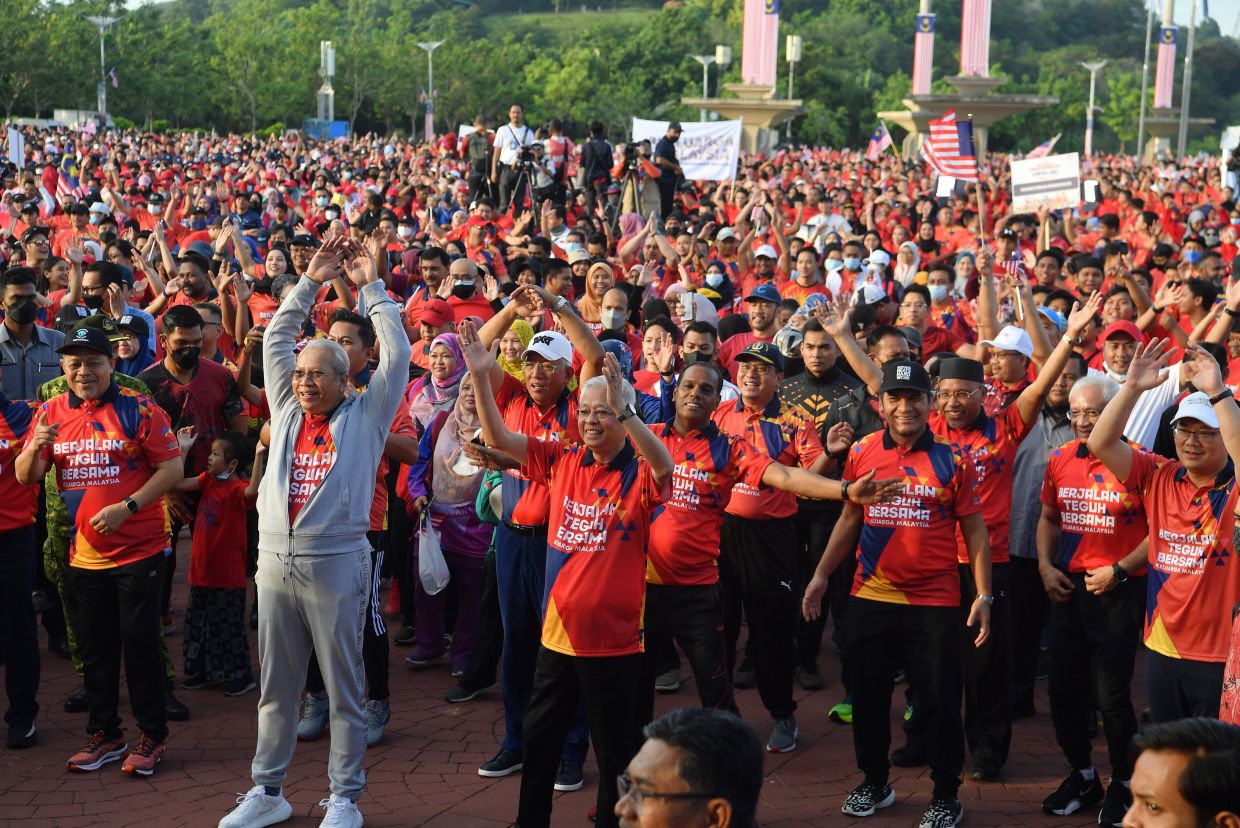 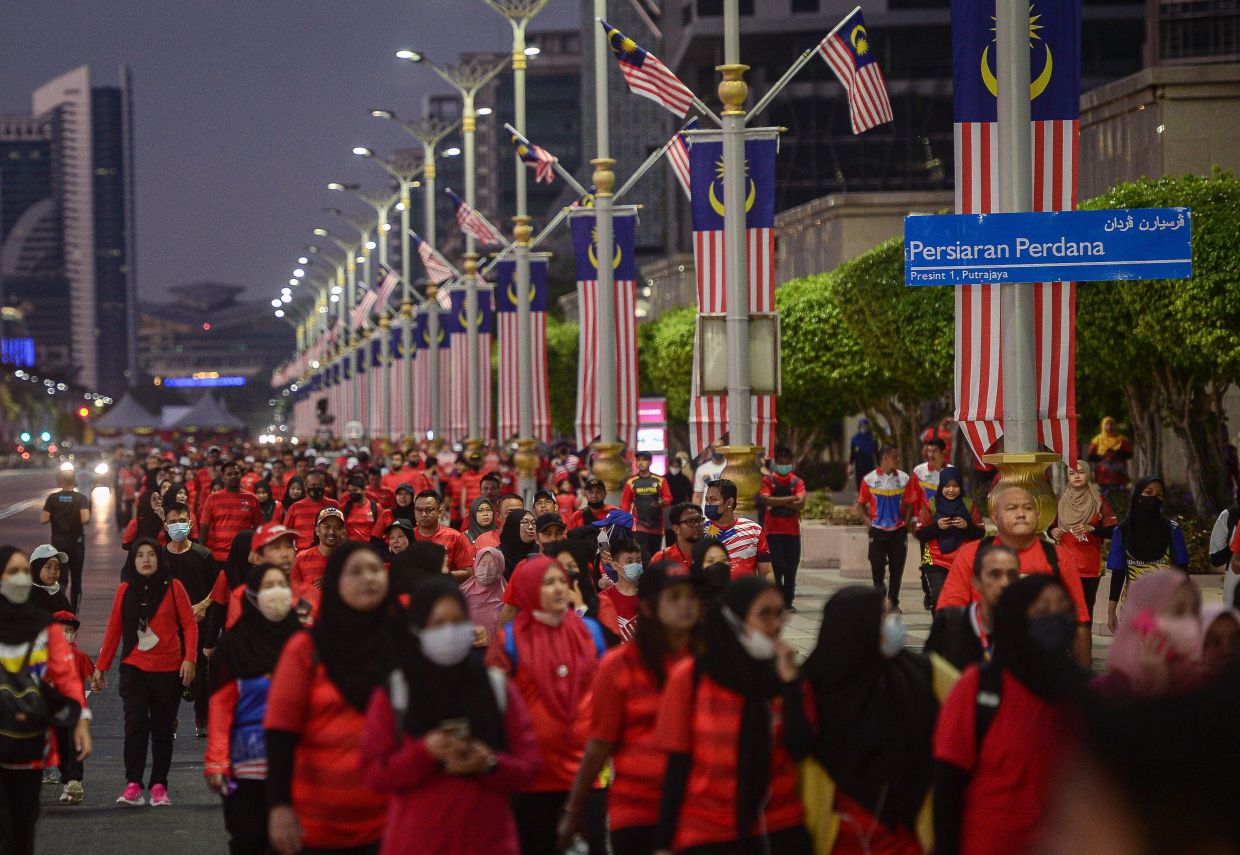 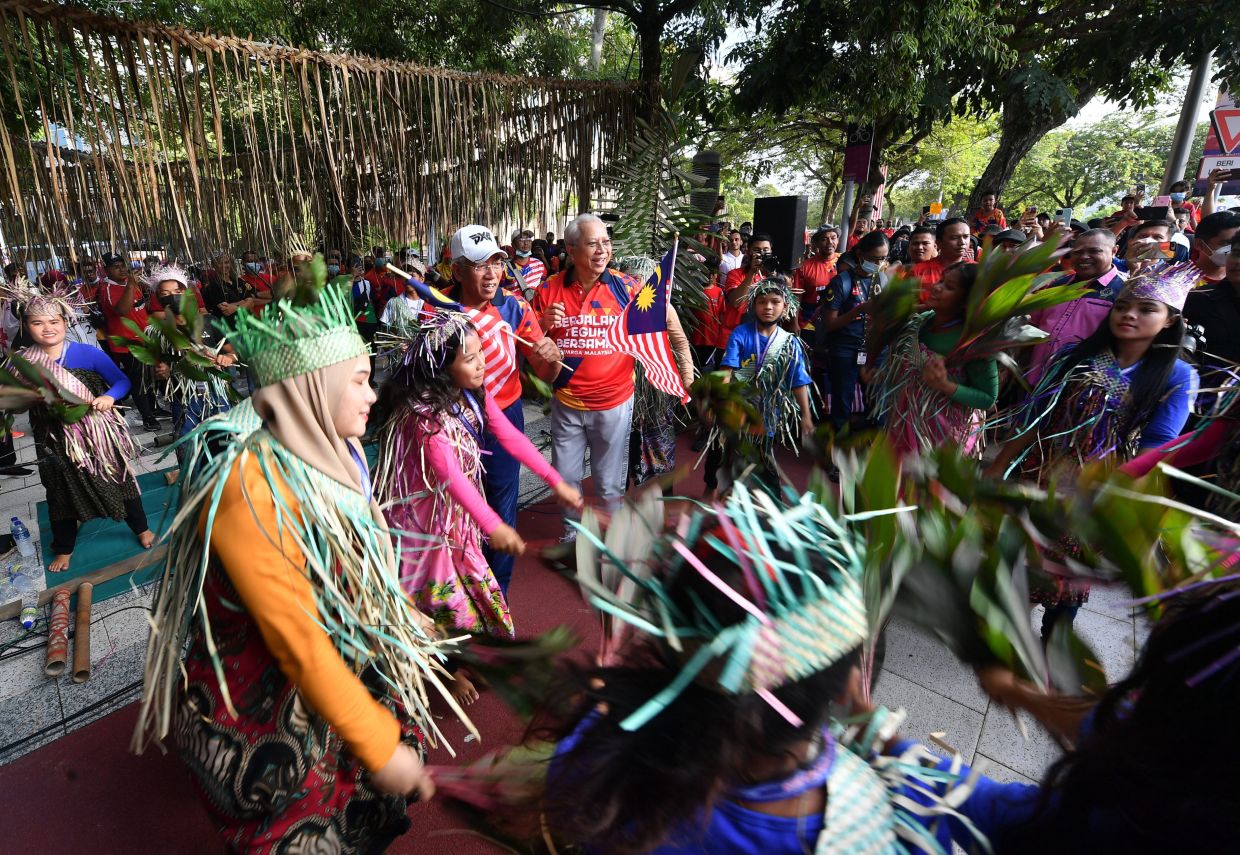