Finding their place in society

Work skills: One of the classes United Voice provides is a baking class.

PETALING JAYA: United Voice has proven that learning disabilities are not a barrier for a person to stand on their own feet and earn a living.

Established in 2005, the organisation has been working on self-advocacy and to reduce the isolation of people with learning disabilities such as Down Syndrome, autism, attention deficit disorder, global development delay and cerebral palsy.

In addition, it also empowers them with the tools and experience to work, socialise and take control of their lives.

Its lead coordinator Yeong Moh Fong said United Voice is unique as all of its board members are persons with learning disabilities. Yeong believes those with learning disabilities can do many things if given a chance.

“We work closely with young adults and adults,” she said, adding that membership is open to those aged 14 and above. In contrary to the general perception that persons with learning disabilities are “slow”, Yeong said they could speak up, voice their opinions and make their own choices if provided with the right opportunity.

United Voice has also been promoting self-advocacy for those with learning disabilities and assisting them to become gainfully employed.

“While they can earn their own living, they can also be part of society.

“They can do many things if given the chance and opportunity to mingle with people,” she said.

“It is a project where we hire and provide them with a monthly allowance, EPF and Socso,” she said, while acknowledging that it was difficult to find them employment.

She said it initially started out with selling cards and magnets before venturing into baking. Aside from that, the members have also been trained in weaving.

Besides jobs opportunities, Yeong said these initiatives have also ensured that members are able to develop life skills.

Presently, United Voice has about 120 members from Selangor and Kuala Lumpur.

There are about 30 to 40 members who are working in other organisations such as hotels, supermarkets, fast food chains and others.

Yeong said despite their disabilities, they had potential in baking, sewing and coffee making.

“They just need support and people to motivate them,” she said.

Merchandise woven by members and paintings are showcased there too.

She said some members would undergo a transition training to prepare them for employment after leaving school.

“We teach them how to communicate and express themselves,” she said, adding they would also be given vocational training before they go out to work.

United Voice also helps person with disabilities to secure employment outside besides hiring them through its own projects.

“We want them to socialise, make friends and increase job opportunities for them in the long term.

“We hope to provide more support to the community and have more members know about their rights and to speak up,” she said.

Yeong expressed hope that persons with disabilities should be able to have a place in society and be comfortable being themselves. 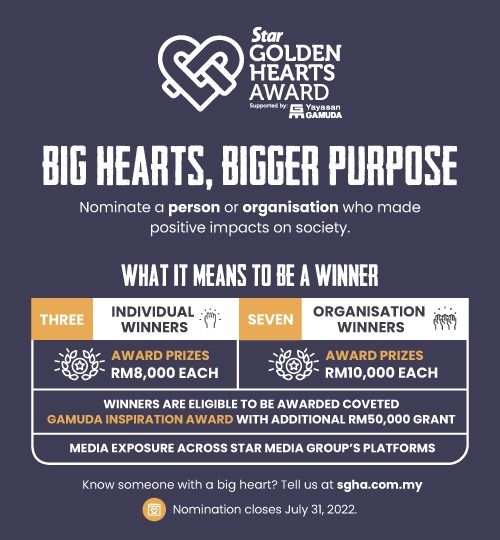