PETALING JAYA: Power has been restored to most areas outside the Klang Valley hit by an ongoing blackout, says Tenaga Nasional Berhad (TNB).

It said in a statement on its official social media account that Petaling Jaya, Cheras, Bangi, Bayan Lepas, Seberang Jaya, Panchor and Bandar Indera Mahkota were among the areas hit by the 12:39pm power outage on Wednesday (July 27).

TNB said that aside from areas in the Klang Valley, power was restored within 20 to 40 minutes after the outage, which involved 2.2GW or 10% of the national grid.

It added that the source of the outage is still being determined and said that its staff are working to restore the electrical supply to areas still affected.

Areas throughout the Klang Valley had reported experiencing power outages on Wednesday (July 27), with confirmed blackouts in Bangsar, Cheras, Shah Alam and beyond.

Malaysians have taken to Twitter to complain about the electricity cut, with some mentioning places in Negri Sembilan and Perak as experiencing the same.

In a statement on its official Facebook account, Tenaga Nasional Berhad said that it is aware of the blackouts.

"There has been a disruption in the electricity supply in several areas. Our technical team is currently identifying the cause and we are working to restore the power supply. We apologise for any difficulties experienced by our users due to this disruption," it said.

KL traffic lights break down due to blackouts

Seremban, Nilai and Tampin among areas hit by blackouts 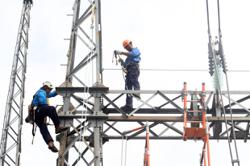 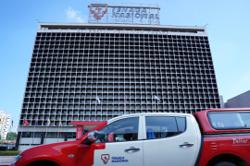