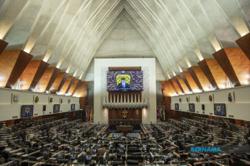 KUALA LUMPUR: After more than a decade, the nation finally has laws to protect both women and men from sexual harassment.

The Anti-Sexual Harassment Bill was passed in the Dewan Rakyat yesterday, but not before a ruckus which saw Datuk Seri Tajuddin Abdul Rahman (BN-Pasir Salak) go on a tirade against female MPs and spew an expletive in the House.

Still, the passing of the Bill, first mooted in 2011, was hailed by female MPs.

“This law is for all Malaysians.

Although the law is seen as protection for women, she said the law would also apply to men.

“The laws cover all individuals irrespective of gender,” she said, adding that any uncalled behaviour in any form, be it verbal or non-verbal, visual, signal or physical directed towards another person and offends, disrespects or harms their well-being, is categorised as sexual harassment.

For those who get victimised for revealing outfits, Rina said it could fall under the category of sexual harassment and be referred to the tribunal.

Under the law, those found to have committed sexual harassment may end up paying their victims compensation of up to RM250,000 or be jailed for two years.

Apart from being ordered to make restitution, an offender will also be required to issue an apology.

If the sexual harassment is done in public, the offender will have to make a public apology.

Rina said companies would also be required to display anti-sexual harassment posters or materials in the workplace.

“We have also agreed to increase the penalty from RM10,000 to RM50,000 for companies which fail to act against incidents of sexual harassment in the workplace,” she added.

She said an action plan had been drafted to implement the law once it is gazetted.

A 12-member Anti-Sexual Harassment Tribunal, comprising former members of the judiciary or experienced lawyers, would be set up for the purpose.

“For a start, the tribunal will be in the Klang Valley. But it can hear more than one case, which can be held at any venue,” she said.

She said both the complainant and the accused would have the right to be present during proceedings.

“A victim will have the right to legal representation,” she said.

“This right is extended to the accused if the victim engages a lawyer. However, this will only be for cases involving complex legal issues.”

Rina added that an award made by the tribunal would be akin to a court order, with appeals to the High Court for a judicial review allowed on serious breaches of procedure.

She said the tribunal would also have the power to reject complaints that were frivolous and those wrongly accused could lodge a criminal defamation report.

The proposed law is in line with the United Nations Convention on the Elimination of All Forms of Discrimination Against Women (Cedaw) and Article 8 of the Federal Constitution on gender equality.

Datuk Seri Azalina Othman Said, who was instrumental in seeing the law tabled in Parliament, described it as a historic occasion for the nation.

The Pengerang MP, who chairs Parliament’s bipartisan special select committee on women, children’s affairs and social development, stepped in to defer passing the law in March to avoid the House “passing a half-baked law just for the sake of passing a law”.

It was supposed to have been passed during the previous Dewan Rakyat meeting in March but was deferred to allow for more feedback.

The Bill, which was further amended yesterday before being passed, will now go through the Dewan Negara and will be gazetted for enforcement after it receives royal assent. 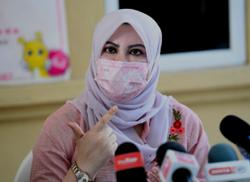