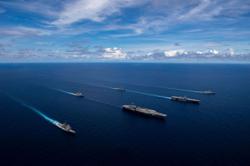 In a joint press conference with his Chinese counterpart, Wang Yi, on Tuesday (July 12), he emphasised the importance of the two countries working more closely in the areas relating to digital economy, as well as cooperation between the telecommunication companies.

"I have impressed upon his excellency (Wang) that we take digital economy as premium, as the way forward to rebuild our economy and to sustain our future growth,” he said after his bilateral meeting with Wang, here.

Wang, who is also the China State Councillor, is on a two-day official visit to Malaysia starting Monday.

Describing the meeting as a very warm and fruitful, Saifuddin noted that next year will mark the 10th Anniversary of the two countries’ Comprehensive Strategic Partnership (CSP) and both sides agreed to commemorate the important milestone.

Both sides also looked forward to more high level visits in the coming years and to promote greater trust between both countries.

SaIfuddin pointed out that the "Community of Shared Future” concept, a brainchild of President Xi Jinping, is very much aligned with the concept of "The World is a Family” that is being pronounced by the Malaysian Prime Minister.

"Malaysia welcomes the initiative by China to promote openness, inclusiveness and mutual respect, and we support the concept in principle,” he said.

"As we all know the ECRL is a project that is going to be realised and we have started working on it. Under the twin parks project, again, China is celebrating the 10th Anniversary of Establishment of China-Malaysia Qinzhou Industrial Park this year,” he said.

Meanwhile, he said Malaysia, through Miti and the Pahang state government, is preparing for the 10th Anniversary of its sister industrial park, Malaysia-China Kuantan Industrial Park (MCKIP), to be celebrated in 2023.

Saifuddin said he and Wang also discussed other matters pertaining to the relationship between Asean and China as a dialogue partner, particularly on the CSP between both sides.

"How do we make the CSP work better. How do we work on the idea of common development on food security and widening the Free Trade Area,” he said.

China will do more to enhance bilateral ties and people to people contact, says Wang Yi 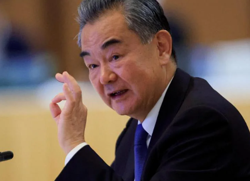