KUALA LUMPUR: The proposed Petaling Jaya Dispersal Elevated Highway (PJD Link) project has been approved in principle by the Cabinet on Nov 12, 2017.

The Works Ministry, in a statement on Tuesday (July 5), stated that the approval is however subject to further negotiations.

The statement also stated that the proposed project was approved in principle by the Selangor government on Sept 3, 2020 at the Selangor State Economic Action Council (MTES) meeting.

"The main objective of PJD Link is to disperse traffic congestion in Petaling Jaya by providing major connections with existing roads and highways.

ALSO READ: PJD Link developer must comply with all terms in agreement with Selangor before approval is given, says exco man

"This project involves connectivity with six existing highways and five major railways to achieve the objective of dispersing the traffic," said the ministry.

The statement was issued in response to complaints raised by resident representatives affected by the implementation of the proposed project as published by a media portal last Sunday.

It stated that proposed PJD Link project had taken into account its connectivity with the public transport system and that engagement sessions had been held with the Transport Ministry and the Land Public Transport Commission (SPAD).

"Taking into account the feasibility input from the relevant agencies and authorities, PJD Link has been listed as a potential highway project to be implemented through privatisation in the Highway Network Development Plan (HNDP) 2030 and its planning has been taken into account in the Local Plan (RT) of relevant local government authority (PBT).

"The Malaysian Highway Authority and the developer are also prepared to hold engagement sessions with residents' associations and local leaders to provide information and answers to issues that may arise from the implementation of this project," it said. - Bernama

PJD Link developer must comply with all terms in agreement with Selangor before approval is given, says exco man 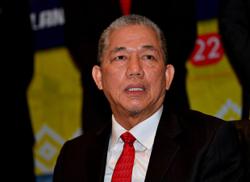