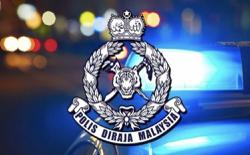 MELAKA: A robber known as "Spiderman" is among 20 suspects of five robbery gangs that were crippled by police here.

"We began the operation six months ago and arrested 20 individuals, including the suspect known as" Spiderman".

"Four other gangs were known as Zahid, Michael, Ruben, Botak and A-D-C," he said on Tuesday (June 28).

ACP Christopher Patit said the five gangs were involved in 49 robberies at factories, places of worship and homes within the Melaka Tengah district since the beginning of the year.

He said "Spiderman", who is a 38-year-old man, has the ability to climb tall buildings and was involved in five cases with losses incurred by the victims totalled RM50,000.

He said police also confiscated a car, three motorcycles, 13 mobile phones and cash from all the suspects.

"Total losses in all the robberies amounted to close to RM500,000," he added. 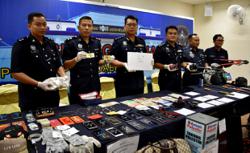