Fan Bingbing says she has only herself to rely on 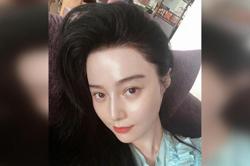 JUST days after photos of her and her new beau surfaced online, Chinese actress Fan Bingbing posted a cryptic message on social media claiming that “the only person one could truly rely on is oneself”, reported Sin Chew Daily.

“I truly believe this and I practise it myself,” she wrote.

It is believed that Fan, 40, who has been blacklisted in the film industry following her tax evasion scandal in 2018, is saying that she will not resort to relying on her new boyfriend who is a vice-president at a prominent financial group.

“Those who care about you will be worried when you are facing difficulties. But apart from worry, they can only show they care and that is about it.

“I always tell myself, those who rely on themselves will not have a bad life,” she said.

Fan, reportedly was photographed cuddling with a portly and bespectacled man in the streets.

He was also seen kissing Fan’s forehead and the two appeared to be a couple.

Internet sleuths quickly identified the man as Guo Yanfeng, a ex-military man who retired as a Second Class Officer.

Guo was born in the same year as Fan and had served in the People’s Liberation Army for 18 years before being discharged.

> A large animal believed to be a tiger was spotted crossing a road in Raub, Pahang, reported China Press.

The animal appeared to be going from one side of the forest to the other.

The video has been shared more than 170 times online and has become a hot topic for discussion. 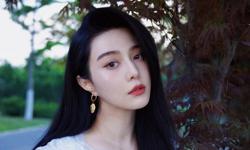 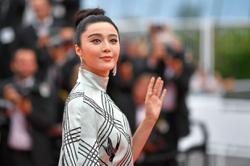