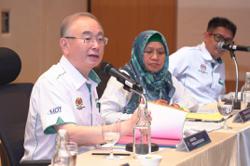 PETALING JAYA: Detailed guidelines on the ban on the use of micromobility vehicles will be prepared by the Town and Country Planning Department (PlanMalaysia), says Transport Minister Datuk Seri Dr Wee Ka Siong.

Dr Wee said that he had a dialogue session with associations and micro-mobility vehicle operators at his office in Putrajaya on Sunday (June 12) and added that he received several good suggestions that could be considered about the use of such vehicles.

However, Dr Wee stressed that the government never banned the use of micromobility vehicles in Malaysia, adding that the vehicles should only be operated in a safe and controlled environment.

"The ban only applies on the road in order to preserve the safety of the public. In fact, this decision was taken after taking into account the views and involvement of various stakeholders, including local authorities,” he said.

"I am very concerned about road safety and want our roads to be safe for all users. Furthermore, our country recorded a high number of road accidents especially when 64% and 67% of the road accident statistics in Malaysia involve motorcycle users," added Dr Wee.

He expressed his commitment and hoped to continue working with consumer associations, micro-mobility vehicle operators, PlanMalaysia and the Ministry of Housing and Local Government to achieve the same goal, which was to ensure public safety.

A moped is a two-wheeled or three-wheeled electric-powered vehicle with a maximum speed not exceeding 50km/h.

PMDs and PMAs, meanwhile, are human-powered vehicles or devices that use internal combustion engines and have a speed limit of 25 km/h, such as electric scooters. 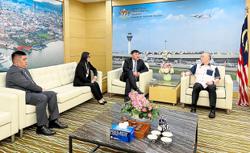