Penang to roll out the LRT

GEORGE TOWN: Penang will go ahead with the Bayan Lepas Light Rail Transit (LRT) project by initiating a request for proposal (RFP) in the third quarter of this year, says Infrastructure and Transport Committee chairman Zairil Khir Johari.

The pre-qualification process of the project, which is part of the RM46bil Penang Transport Master Plan (PTMP), will be held in the second quarter, followed by the RFP in the third quarter.

“Public transport projects such as the LRT are usually funded by Federal Government, but we are not waiting for this although we have made a request again under the Third Rolling Plan of the 12th Malaysia Plan,” he said when answering an oral question from A. Kumaresan (PH-Batu Uban) at the state assembly here yesterday.

“What is important is that a suitable funding model will have to be submitted by interested companies, including technical aspects, as well as proposed methods to recoup costs such as land swaps, advertising (such as on trains, stations, and other areas where the LRT has right-of-way), and farebox revenue.

“We are not totally relying on the Federal Government, which is why RFPs are being called for the project,” Zairil added.

He said the state is now in the process of submitting the Environmental Impact Assessment (EIA) report for the LRT alignment in Penang South Reclamation (PSR) project, including an LRT depot on island A.

“We will have the final approval for the scheme from the Land Public Transport Agency once the EIA is obtained.

“It has received approval from the Environment Department and PLAN Malaysia (the federal Town and Country Planning Department),” Zairil said.

A public feedback gathering exercise carried out in August and November 2019 obtained a support level of 97.7% from 22,678 respondents.

In his winding-up speech, Chief Minister Chow Kon Yeow reiterated that the state will look into sustainable and balanced development for Seberang Prai.

“Seberang Prai is the future of Penang, and a balanced development will be brought to the Penang mainland under the Penang Structure Plan 2030 (RSNPP 2030), which was gazetted in October 2019.

“The plan, which comprises the Local Plan and Special Area Plan under the Town and Country Planning Act 1976, has all the input for population growth and physical use of land until 2030,” he said.

Chow added that the Penang Development Corporation will be the catalyst in implementing the development, with the focus on accelerating growth and development of a green and smart city.

“However, it can’t be denied that there are several issues and constraints such as traffic congestion, waste management, river pollution, and water shortage in the fast-growing Prai.

“To ensure Seberang Prai’s growth as the future of Penang, we need more allocations to improve basic amenities and infrastructure,” he said.

Penang, said Chow, will “march towards a resilient and robust economy”, which was proven by the RM76.2bil manufacturing investment recorded in 2021.

“This surpassed our record of previous years, where we recorded an investment of RM73.1bil from 2012 to 2020.

“The state is committed to a two-pronged strategy by creating economic growth from electrical and electronics manufacturing and the digital economy,” he added.

Under the second rolling plan of the 12th Malaysia Plan, Chow said only six out of the 111 projects applied for were approved by the Federal Government. 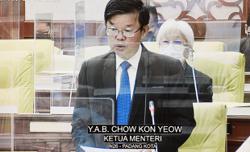 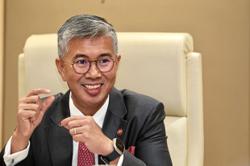