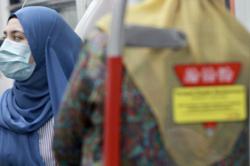 GEORGE TOWN: Farmer Pee Wei Siang was looking for an assistant to work at his farm in Bukit Mertajam on the mainland when he not only found the worker, but his future wife.

It was love at first sight for both. And now, within six months, they have become man and wife.

“I was looking for a partner to help run my farm and my uncle introduced her to me.

“When I saw her for the first time, I fell in love,” a beaming Pee said during a mass wedding at the Che Hoon Khor Moral Uplifting Society Hall here yesterday.

The 46-year-old added that it took only six months for him and his partner to realise that they were made for each other, and they decided on the date “520” for their marriage ceremony.

Recalling the fateful day when Cupid struck, his wife Lim Fung Chin, 39, said she felt a spark when they met for the first time.

The couple were among 30 pairs who exchanged their vows at the hall on a day deemed special for the Chinese-literate because “520” (wu er ling) in Mandarin somewhat rhymes with the phrase “I love you” in the same language.

The number 520 had its origins as an online jargon coined as a shortcut to say “I love you”, just like the mnemonic “ILY” in English, and over time, 520 came to be known as a romantic day.

Another couple, Lee Chee Xiong, 31, and Lim Yee Nee, 30, said after postponing their marriage due to the many rounds of the movement control order, they finally got married on the “best date”.

“We plan to have our wedding dinner on June 11,” said Lee, who dated Lim for eight years.

Asked what he loved most about his wife, Lee credited her with making sure his restaurant business was finely-tuned.

“She has been my strongest supporter and keeps me going,” he added.

Meanwhile, at the Penang Chinese Town Hall, some 50 couples registered their marriage yesterday.

Among them were Ong Wee Kian, 45, and Melissa Ooi, 42, who had been dating for four years.

“We have been planning this since last year, but kept postponing it because of MCO,” said Ong, an engineer.

Assistant registrar of marriages Lim Choo Hooi said the couples came from as far as Kedah and Perlis to register their marriage on the auspicious day.

He added that more than 50 couples had applied to register their marriage on May 20, but it could only accommodate about 50 due to Covid-19 precautions. 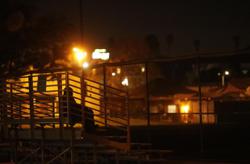