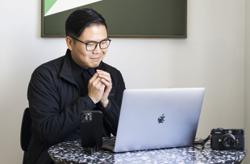 "I apologise for chiming in so late. I didn't dare log into social media for a while, not until I spent a moment with the key people that helped me grow as a human being and a journalist.

"I want to thank everyone whom we met in Afghanistan that shared their stories with us. From the good samaritans who kept me safe, to the local journalists who shared their contacts, to the translators and drivers who put themselves in harm's way to make our work substantial and impactful," he said.

Yam added that he wanted to highlight the special and amazing partnership that he had with Nabih Bulos, who constantly pushed, taught and sometimes annoyed him, to do the good work that they did together.

He said he has very trusting editors at the Times who listen to their reporters on the ground, affording them the privilege of following their instincts.

"They allowed me to remain in Afghanistan even as other organisations were pulling their journalists out.

"Calvin Hom, you are the best mentor and boss (executive director). Without you, there is no me. Thank you for hiring me into the Times and for guiding me through seven-plus years here with a single lesson: the Allegory of the Chariot," he said, adding that their foreign team, however small, was willing to go above and beyond.

He added that they have some of the best writers he has worked with.

"Laura King and David Pierson are great examples. I’m proud to be a part of this line-up of talented correspondents led by Jeffrey Fleishman.

"Kate Kuo, my director of photography, for believing in the work and always advocating to showcase our photography in the best possible way. You are a legend in the making," he said, adding that he felt blessed and was grateful to his family and loved ones for their unflinching support and nurturing.

Yam said he cried with his loved ones when the Pulitzer Prize winners were announced.

"I’m in awe of the work and calibre of all the winners. I am humbled to be recognised alongside so many journalists I admire and respect.

"But this award is not just about me. It recognises the historic change and tragic coda that swept Afghanistan after the United States withdrew from their 20-year war, allowing the Taliban to take over," he said, adding that everyday Afghans are really the brave and courageous ones who have paid the highest price.

He added that foreign correspondents had the privilege of leaving but the Afghans did not.

"They have to remain to face the unknown. This is for them," he said. 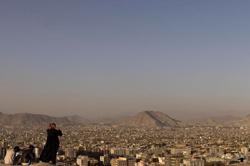