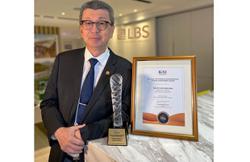 'Overall, we believe we are in a steady position and should see out 2022 in a positive note,' said Lim

For the quarter under review, MGB registered a revenue of RM178.59mil, an increase of 6.57% from RM167.59mil in the previous year’s corresponding quarter.

Additionally, profit before tax and profit after tax clocked in at RM11.23mil and RM6.82mil respectively.

In tandem with the road towards economic recovery, the construction and trading business segment remained as the Group’s main revenue contributor.

The increase in revenue was a result of steady contribution from several sizeable projects such as Residensi Bintang Bukit Jalil and Mercu Jalil at Bukit Jalil as well as Ritma Perdana and Melodi Perdana at LBS Alam Perdana.

“We are cautiously navigating our way through these uncertain times. Cost control and disciplined business planning are currently at the forefront of our minds as we run our business,” he said.

Lim said, “Our construction order book stands at RM1.74bil. Coupled with an estimated gross development value of RM2.15bil under our property development segment, we look set to deliver close to RM4bil in revenue in the coming years.”

He added that: “We expect a healthy replenishment of construction projects to keep us busy and will take the opportunity to tender for further government projects when available.

In addition, following the launch of Rumah Idaman BSP, MGB has received overwhelming bookings for its 1,312 units and is currently converting these bookings into sales for eligible purchasers who have obtained approval from the relevant authority, he revealed.

“We look forward to the launch of the five remaining Rumah Selangorku Idaman MBI projects which will take place throughout this year and 2023,” he enthused.

“Furthermore, the newly launched Laman Bayu Phase 3 and 4 have recorded encouraging sales where a total of 47 units (out of 118 units) of double storey terraces with a gross value amounting to RM18.25mil have been sold.

“Overall, we believe we are in a steady position and should see out 2022 in a positive note.” 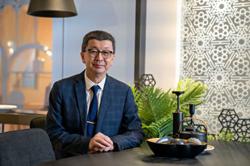 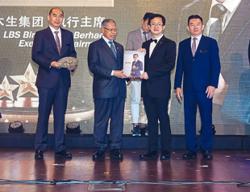