PUTRAJAYA: Both the driver and vehicle owner will be held responsible in cases of underage driving and driving without a licence, says Datuk Seri Dr Wee Ka Siong.

The Transport Minister said that in case of injuries, the responsible party will face serious consequences.

''According to the Road Transport Act, anyone who allows their underage children to drive without a licence, not only the driver will be held responsible, but the owner of the vehicle too.

''This is negligence,'' he told the press at the Prime Minister and Cabinet members' Hari Raya Aidilfitri open house event at Seri Perdana here on Sunday (May 8).

Dr Wee was commenting on the case of a 16-year-old student who drove a multi-purpose vehicle (MPV), ramming into two grass cutters and killing one of them in Sungai Petani, Kedah on Saturday (May 7).

The teenager that crashed the MPV into the two men at Jalan Pintasan Semeling - one of them a Myanmar national - did not have a licence to drive.

''Without a licence, the teenager cannot drive and there is no insurance coverage.

''This is to take care of the safety of other road users,'' he said.

Dr Wee noted that it was similar when it came to certain micromobility vehicles that have been banned from the roads.

He cited a report in China Press about the rampant use of the electric scooter and a video of a group of reckless e-scooter riders on the road who intimidated cars and endangering road users.

Dr Wee said this has become an issue when they were allowed on the road.

''We need to consider all road users as a whole. What's important is to abide by the rules,'' he said.

Dr Wee said there is no problem for such micromobility vehicles to be allowed on a specific lane under the local authorities.

''But they shouldn't be allowed on the road just like that,'' he said, adding that the responsibility would be an issue in times of an accident.

''Who will be held responsible? In the end, the government would end up being blamed,'' he said.

Dr Wee also said the ban should not be linked with people with disabilities using such micromobility vehicles to move around, as the speed limit was about six to 10km per hour, similar to walking.

''There is no oppression here. We will take action against whoever is at fault. There's no taking sides in our policies,'' he added.

One killed, another injured after being hit by runaway MPV 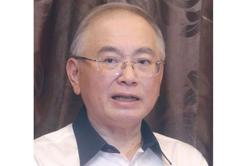