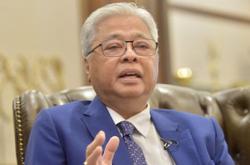 SIBU: Parti Rakyat Sarawak (PRS) president Datuk Joseph Salang Gandum (pic) will only contest the Julau parliamentary seat in the 15th general election (GE15) if he feels that he can win it.

"I can't say I will contest but if the party and GPS (Gabungan Parti Sarawak) feel that I can contest, I will assess whether I am suitable or or not," he told reporters at a dinner in conjunction with the party's Triennial Delegates Conference on Sunday (April 24).

Salang, who is also a former Julau MP, however, believes that the party might nominate him to contest in GE15 as he could deliver the seat.

On PRS president's post and other office bearers for the new term, he said the party had reached a consensus that there would be no contests.

"In PRS, we have matured to share our thoughts with each other and have succeeded in achieving a consensus in which we all agreed that all positions from president down in the supreme council will not be contested but we are filling these positions," he added.

Separately, he said he had urged members to go to every division after this TDC to increase the value and visibility of the party.

"I want them to help me make PRS a party that people are happy to be associated with and realise it to be people-centric.

"From now on, we are going to start moving around to all our divisions and see that each division has a place in our organisation," he said. 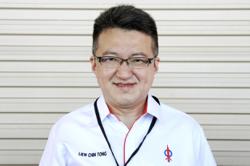