Carjacker nabbed after stabbing ehailing driver in the neck 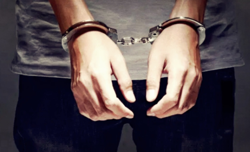 KUALA LUMPUR: An armed carjacker who stabbed an ehailing driver in the neck before stealing his car has been arrested.

"The victim had picked up the suspect in Putrajaya and when they reached Sentul Market, the suspect asked to pay for the ride via online banking.

"When the victim was searching for his bank account details, the suspect stabbed him at the neck with a sharp object," he said in a statement on Tuesday (Jan 25).

He said the victim was then dragged out of the car before the carjacker took off with the vehicle.

"Members of the public rushed to assist the victim and the 47-year-old ehailing driver was sent to Kuala Lumpur Hospital via an ambulance," he said.

The attack was caught on camera, with several videos being widely shared on social media. One of them showed the bloodied victim on the ground after having his car stolen while another showed a scuffle between the victim and the suspect.

Investigations into the case led to the arrest of a 23-year-old man around noon on Tuesday.

"The arrest was made in Kota Damansara and we also located the car's number plate inside a waste disposal room.

"The stolen car and the suspected weapon used were also found during the arrest," he said.

Among the items recovered included the victim's People's Volunteer Corps (Rela) appointment card and his bag.