Shahrizat: PM’s acceptance into UM law faculty based on merit

The UM Faculty of Law Alumni Association president said the comments were aimed at tarnishing Ismail Sabri’s image and damaging the reputation of the law faculty.

“When the Prime Minister was accepted in 1980, the late Tan Sri Prof Ahmad Ibrahim was the dean who managed the entire law faculty.

“With a high level of integrity, it is difficult for simply anyone to be accepted without fulfilling all the requirements set by the Faculty of Law to be one of its students.

“It is clear that the Prime Minister’s acceptance into the Faculty of Law in UM was based on merit,” Shahrizat said in a statement yesterday.

In the viral message, Facebook user Andrew Peris had claimed in a post that: “His LCE results were poor so he went to a vocational school in Form 4. He flunked his SPVM and went to a private school to resit his exams.”

The user also claimed that the Prime Minister got into UM to read law through his father’s connections as an Umno strongman in Pahang.

Shahrizat said although Ismail Sabri was raised in a family with modest means, he managed to overcome all the challenges to achieve academic excellence and create history by becoming the first graduate from UM’s Faculty of Law to be appointed prime minister.

“In the nearly 50 years of its establishment, our faculty has successfully produced many leading figures, including the Chief Justice and judges, the Speaker and Deputy Speaker of the Dewan Rakyat, Cabinet members, the Attorney General, lawyers and respected members in the corporate world,” she said. 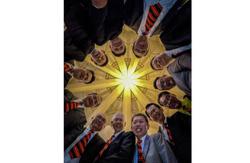