SEREMBAN: Police arrested nine people, including two school students, for performing dangerous stunts, endangering themselves and other road users along the Seremban-Port Dickson Highway, near here on Sunday (Jan 2).

Port Dickson district police chief Supt Aidi Sham Mohamed said all nine men, aged 17 to 22, were detained by a team from the Bukit Aman Traffic Investigation and Enforcement Department’s Intelligence and Operations Division, via the Ops Samseng Jalanan, conducted from 12.30pm to 2pm.

"They were seen racing, doing zig-zag riding on the highway, while others pulling the ‘superman’ stunts on their motorcycles.

"All suspects and nine motorcycles were taken to the Port Dickson district police headquarters’ traffic division, for further investigation,” he said in a statement here today.

He said the case was being investigated under Section 42 (1) of the Road Transport Act 1987 for reckless and dangerous driving. - Bernama 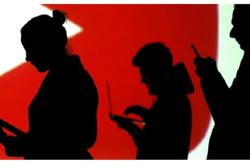