CELEBRITY Neelofa is currently undergoing physiotherapy sessions in preparation for the birth of her first child, Kosmo! reported.

Neelofa, whose full name is Noor Neelofa Mohd Noor, 32, recently referred to her gestational age, hinting that she would give birth soon.

“I am now on my way to attend physiotherapy sessions which are done twice a week.

“It’s almost the end of the journey. Hope it helps,” she said in her Instagram story on Tuesday.

Physiotherapy exercises are useful for pregnant women as they help reduce back pain and fatigue during pregnancy, among other benefits.

Since July, speculation about Neelofa’s pregnancy has been hotly debated after she was spotted with the signs of an expectant mother, but she remained tight-lipped on the matter.

The actress-turned-fashion boss tied the knot with preacher-actor Haris Ismail on March 27.

> A 34-year-old woman was shocked when her brother knocked on the door of her house in Kampung Teris in Terengganu, with a baby in his arms, reported Harian Metro.

She said her brother came to her house at about 6.30am carrying a baby wrapped in a headscarf.

“At that time, the baby was cold and turning bluish before I covered her and gave her milk,” she said.

Habibah said she was grateful that her brother and two friends found the baby.

“I can’t imagine what would have happened to the baby as the area is quiet and close to the forest.”

According to Ernie, she was not one to chew ice, but she has now picked up the habit.

“It only started at the later part of my pregnancy. It might be due to the unpredictable weather. Sometimes, my body feels hot,” she said.

The Gundah singer, who is seven months’ pregnant, said her motherhood journey has been smooth.

“I will be giving birth next year. I will be taking a break to prioritise my health and prepare for the birth of my first child,” she said. 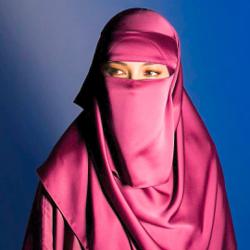