KUANTAN: Theme park operators and other leisure venues in Pahang will pass on the 25% entertainment tax to customers after their application for an exemption was rejected by the state government, said Malaysian Association of Theme Park & Family Attractions (MATFA) president Tan Sri Richard Koh.

He voiced his regret over the Pahang government’s move to continue imposing the entertainment tax on theme parks and family entertainment centres (FEC).

“MATFA has made repeated appeals and petitions to the state government on behalf of the FEC and theme parks across the state. But there has been very little progress. There has also been very little by way of dialogue,” he said yesterday.

Koh said they would have no other choice but to pass on the “punitive” 25% tax to the customers.“This is not because we want to, but we have to,” he said.

In its reply to the association dated Nov 25, the Pahang Finance and Treasury Office stated that the state executive council had rejected the application for an exemption to the entertainment tax imposed on theme parks and FEC.

State local government and housing committee chairman Datuk Abd Rahim Muda, when contacted, said the matter was not under his jurisdiction but was instead under the purview of the State Secretary’s office.

However, the Mentri Besar’s office did not respond to requests for comments as at press time.

State tourism, culture, environment, plantations and commodities committee chairman Datuk Seri Mohd Sharkar Shamsudin also declined to comment on the matter as it was not under his jurisdiction.

Koh described the entertainment tax as a “colonial era tax” originally meant to cover “sin taxes” for entertainment that comprised activities like cabaret, gambling, joget dancing and others.

He claimed it was a regulatory measure that had not caught up with the evolution of business and entertainment concepts.

Koh said the association had written to and held various discussions with stakeholders, such as the Finance Ministry, Tourism, Arts and Culture Ministry, and state government to ask for a reconsideration of the entertainment tax.

“It’s under the jurisdiction of the Federal Government and the Finance Ministry to reclassify family theme parks and attractions away from this old outdated 1953 British colonial act.”

“FEC and the theme park industry should be excluded from the tax since entertainment for kids and family is never a ‘sinful’ act,” he said.Finance Minister Datuk Seri Tengku Zafrul Abdul Aziz had previously stated that entertainment venues in Kuala Lumpur such as theme parks and cinemas would be exempted from taxes until Dec 31 next year.

As for Selangor, it was previously reported that an exemption is effective from March 18, 2020, until Dec 31, 2021, with regard to entertainment duty on entrance fees to theme parks in the state. 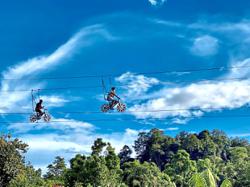 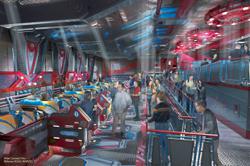