KUALA LUMPUR: The High Court has fixed Jan 24 to deliver its decision on whether or not Datuk Seri Dr Ahmad Zahid Hamidi (pic) has to enter his defence over 47 corruption charges involving millions of ringgit from charitable foundation Yayasan Akalbudi (YAB).

Justice Collin Lawrence Sequerah fixed the date yesterday following the closing of submissions from both parties at the end of the prosecution’s case. The hearing for submissions lasted 24 days since Sept 6.

Justice Sequerah also fixed 18 days for a hearing of the defence trial from March 28 to June 30 next year.

“Because the new year is coming and dates will be taken up, out of an abundance of caution, can we just block dates for the assuming if the defence is called,” Justice Sequerah said to the prosecution and defence.

Earlier, the court heard from the prosecution that in most corruption cases involving politicians, the giver of the money would rarely admit that the money given was a bribe.

“But should their oral evidence be accepted without scrutiny? The answer is no. This is because the documentary evidence in the form of cheques and bank account statements show otherwise,” he said.

Gan said the cheques were made payable to Lewis & Co, a legal firm and not a political or charitable organisation.

The prosecutor was rebutting a point in the defence submission by Ahmad Zahid’s lawyer Hisyam Teh Poh Teik who said that key witnesses in the case had never admitted to bribing the accused and urged the court to act on the direct evidence of the witnesses.

Gan, however, told the court that a trial judge should not simply take the direct evidence of witnesses, as such a function was “for the computer”.

“A trial judge has a duty to pick and choose any piece of evidence from a witness while rejecting others that are not credible,” he added.

On Hisyam’s submission that the transactions as per the charges against Ahmad Zahid were “open transactions”, Gan said the case was not as simple as that.

“If every transaction can escape the eyes of the law just because it involves cheques or goes through the banking system, then all offenders in every corner of the globe will take advantage of this.

“We humbly submit that this honourable court, as an enforcer of the law, must scrutinise every transaction and not take it at face value,” Gan said.

Ahmad Zahid is on trial for a total of 47 charges, 12 of which are for criminal breach of trust, eight for bribery and 27 for money laundering involving millions of ringgit belonging to YAB. 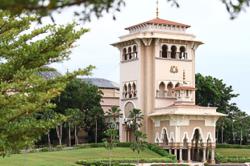