The late former minister who would have been celebrating his 80th birthday on Dec 11, took his last breath at 7.45pm.

His special assistant, Datuk Zamri Mohamed who confirmed the matter said he was admitted to PPUM last Sunday after being infected with Covid-19.

According to Zamri, his remains would be laid to rest tomorrow while the time and location are still not known.

"Tan Sri was a 'straightforward', firm and punctual person. He had planned for us to celebrate his birthday with the PM (Prime Minister) on Dec 11 but Allah loves him more,” he said when contacted by Bernama.

Prime Minister Datuk Seri Ismail Sabri Yaakob was earlier reported as saying Sabbaruddin was his ‘sifu’ in politics since he was appointed Temerloh UMNO division information chief at the age of 27, until he became Sabbaruddin’s political secretary from 1995 to 1999 when Sabbaruddin took the Culture, Arts and Tourism Minister post.

The late Sabbaruddin started his political career after contesting in the Temerloh parliamentary constituency and held the seat from 1982 to 1999.

The late former minister was also UMNO secretary-general in 1996. - Bernama 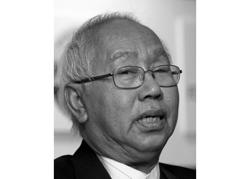 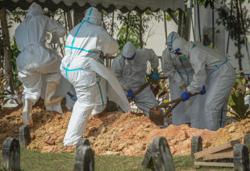