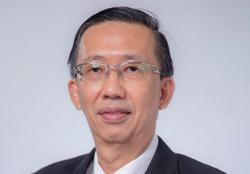 PETALING JAYA: As weekly Covid-19 testing starts for primary school pupils, parents are calling for this to be made mandatory for teachers as well.

Along with making primary school pupils undergo weekly tests, they are calling on the Education Ministry to test teachers at least twice a week to ensure a safer environment for their children.

“All teachers should do this test twice a week.

“I know of a school that had a teacher who tested positive for Covid-19 and as soon as it was announced, attendance dropped by 70%,” said a parent who only wanted to be known as Leong.

Another mother, who only wanted to be known as Loo, said the likelihood of teachers spreading the virus to pupils must be addressed.

Agreeing, Melaka Action Group for Parents in Education chairman Mak Chee Kin said the tests should be done by the teachers at their own expense.

“Firstly, the price of the RTK-Antigen tests should be lowered even further. Private corporations should also ease the government’s burden by sponsoring these test kits.

“Additionally, the ministry should test 50% of the pupils instead of the current 10% requirement,” he said, adding that the tests could be carried out at home under parental supervision to save the teachers’ time.

Year Six pupil Hailey Chooi said her teachers conducted the tests in a well-planned and organised manner. She said although some of the teachers seemed nervous about conducting the tests, everything went well.

“But I hope the teachers will be able to better advise us next time as they seem a little unsure of how to go about the process,” said Hailey, who is from a Chinese vernacular school in Rawang.

On Nov 26, Health Minister Khairy Jamaluddin said the tests would need to be conducted on at least 10% of the school’s pupil population, with pupils taking turns each week on a rotation basis.

The announcement has led to a lively online debate.

While lauding the move, social media user Maniam VM questioned whether it was wise to allow teachers who were not medically trained to conduct the tests as they might not know how to properly protect themselves.

Other social media users also expressed concern that the regular testing would be “mental torture” for the children and that home-based teaching and learning (PdPR) should continue at least until the number of Covid-19 cases had dropped.

Khairy tweeted yesterday that 242 SK Seri Puteri, Cyberjaya, students had been quarantined as Covid-19 close contacts. He said 451 people at the school were tested for Covid-19; 13 teachers, one staff member and 437 students. Of this, 71 students tested positive.

Close contact tracing then resulted in another teacher and six students testing positive as well.

The six students were currently being monitored by the school, he added. 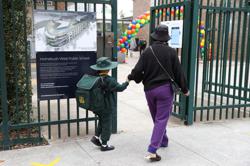