KUALA LUMPUR: Businessman Datuk Paiman Shakimon, who was missing for nine years, was ordered by the High Court to serve a 13-year jail sentence imposed by the Sessions Court in 2011 on four counts of cheating and using forged documents involving RM12mil.

Judge Datuk Muhammad Jamil Hussin ordered Paiman, 62, who was presented in court, to serve the jail sentence beginning Thursday (Dec 2) and upheld the Sessions Court’s decision which sentenced the man to 13 years in prison.

In the proceedings, the deputy public prosecutor Datin Asmah Musa informed the court that the accused, who was missing for nine years, was arrested by the police recently.

"The accused had entered Malaysia using an Indonesian passport. Checks using his biometric fingerprints at the National Registration Department (NRD) found he was Paiman bin Shakimon,” she said.

Judge Muhammad Jamil, however, rejected the accused's denial on the grounds that the NRD's fingerprint decision clearly showed his true identity.

Before this, Paiman appealed against his 13-year jail sentence and while his appeal was set for hearing at the High Court, the accused absconded.

The court issued arrest and jail warrants on July 20 and Oct 11, 2012, respectively, for failing to attend his appeal proceedings.

Upon failure to attend court proceedings, the court then quashed Paiman’s appeal against the Sessions Court’s decision.

Paiman was sentenced to 26 years in prison by the Sessions Court on April 19, 2011, after being found guilty of two counts of cheating and two counts of falsifying documents involving RM12 million belonging to victims with the title ‘Datuk’ in an investment fraud case between 2005 and 2006. 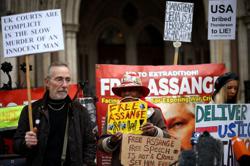